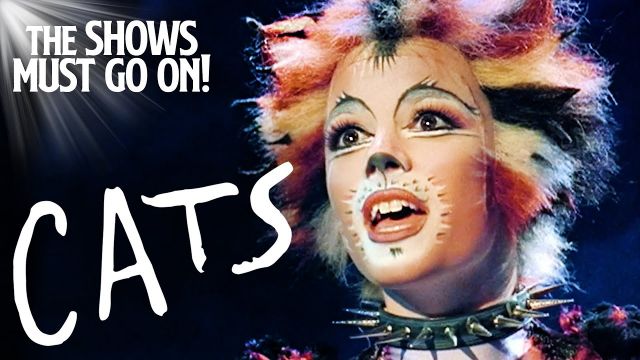 Mark Steyn* divided the history of musical theatre thus: BC – before Cats – AD – Andrew Dominant. The profound influence Cats had on musical theatre in 1982 was as game-changing as Oklahoma! in 1943 and Hamilton in 2015. Cats was the first musical where every cast member was individually outfitted with radio microphones, it pioneered the use of automated lighting to produce kaleidoscopic landscapes and complicated optical effects, and was the first true “megamusical”, which in itself became a genre of musicals that were produced on a grand and global scale.

It was also the first musical to capitalize on merchandising as a major revenue stream. The official Cats t-shirt became the second best-selling t-shirt in the 80s, second only to the Hard Rock café t-shirt. Andrew Lloyd Webber’s idea to musicalise one of his favourite childhood books, T.S. Eliot’s “Old Possum’s Book of Practical Cats”, proved not only to be inspired but a goldmine.

Cats went on to run 21 years in London and 18 years on Broadway.

On a new set, but still set in a rubbish dump with old tyres, bicycle wheels, bottles and number plates etc, a cast selected from various past productions, was filmed (sans audience) performing the musical over 18 days at the Adelphi Theatre, London, in August 1997.  Lloyd Webber oversaw the orchestration, Gillian Lynne trained the cast, recreating her original choreography, with David Mallett directing the production. The result was a superb recreation of the stage show on film.

Some cuts were made to several sequences to reduce the running time to two-hours.

The star of the production was undoubtedly Elaine Paige as Grisabella the glamour cat. The character’s song “Memory” may have become Paige’s calling card and we’ve seen her sing the song in countless concerts, but there’s nothing like seeing her performing it within the context of the show. She proud, she’s elegant, she’s haunted, and it’s all captured for posterity. It’s spine-tingling.

In a monumentally talented cast, John Partridge as Rum Tum Tugger is outstanding. Sensual, sexy and Mick Jagger-ish, he struts around the stage delivering a dynamic pelvis-thrusting performance worthy of the Rolling Stones frontman. Original Broadway cast member Ken Page brings charm and his fabulous voice to Old Deuternomony, Bryn Walters is creepily villainous as Macavity, whilst Susan McKenna’s Gumby Cat tap-dances up a frenzy with a chorus of cute feline moggies.

Susan Jane Tanner repeats her original London performance of Jellyorum and sings with veteran John Mills the affecting ode to Gus the theatre cat. It was Mills’ second-last performance before he died and it’s a wonderful tribute to this fine performer who started as a song-and-dance man.

Lloyd Webber’s love of traditional English choral music is all over his score. Just listen to the vocals, augmented by the Concordia Singers on “Jellicle Songs for Jellicle Cats” and “Journey To The Heaviside Layer”, which sound simply wonderful backed by a 100-piece orchestra.

With costumes that are exquisitely detailed, film-soundtrack fervor in the sound department, and a multitude of close-ups, this was the definitive version of this classic musical.