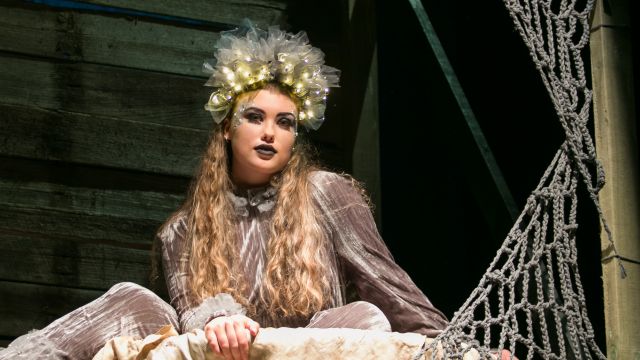 By Joseph Robinette, adapted and based on the novel by E. B. White. Hobart Repertory Theatre Society. Directed by Anne Blythe-Cooper. Playhouse Theatre, April 9-24, 2021

After a forced cancellation last year due to the COVID lockdown, Charlotte’s Web was the “we’re back” introduction to the 2021 theatre year for Hobart Repertory Theatre Society.

Charlotte’s Web, the play, is based on the favourite children’s book of the same name by E.B. White, about a runt pig rescued by a little girl, then saved from the butcher’s block by a loving and literate spider. Joseph Robinette’s stage adaption was faithful to the book’s themes.

Director Anne Blythe-Cooper utilised her considerable performance and teaching skills to corral the wide range of ages, talents and experience levels to present a charming production. 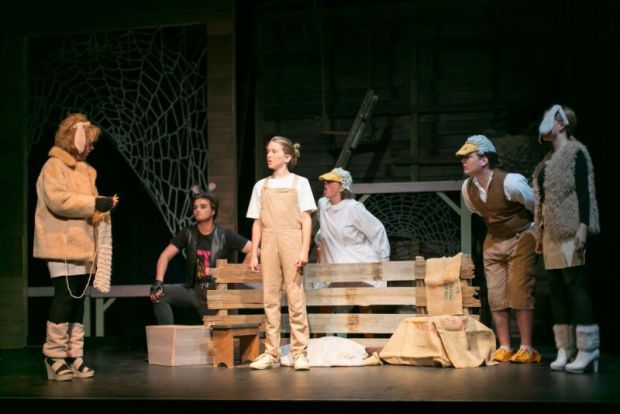 Wilbur was doubly cast, played alternately by Winnie Nettlefold and Isaac Wells. Ten-year old Winnie’s energy, confidence and charisma were riveting as Wilbur, while twelve-year old Isaac Wells was also an exceptionally good young pig. When two leads have been cast, I usually like to go to two performances to observe both. Due to the strains and benefits of the COVID situation, I was able to see a video of Isaac, whose short career has already included theatre, study and performances in four plays. We’ll be seeing more of these young performers.

Abbey Udovicic, just sixteen years old, as Charlotte, brought grace and charm to the role. Although it is her first presence at The Playhouse, Abbey is a competent actor and dancer. Her makeup and costume were lovely.

The production team showed everything that Hobart Rep. productions are known for:  experience, support, competence, creativity and dedication to entertainment. Everyone mucks in and gets on with it, with many actors providing mentoring and backstage roles. Stage Manager Rogan Brown also designed lighting and the delightful, multi-level set, easily adaptable to the three locations of action – Avery barn, Zuckerman farm and fair ground. 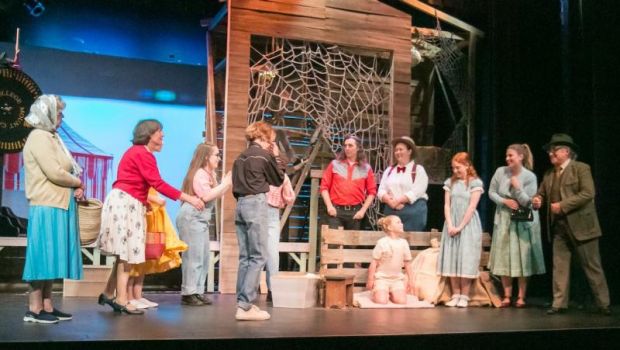 With an excellent balance of experienced troupers and shiny new performers, a cast of twenty-one actors, aged from 10 to sixties-something, showed the range of experience. My only quibble was that there wasn’t quite enough projection from some players, but that is likely to be honed by the end of the season. The audience was mixed, with lots of enthralled and well-behaved littlies and a balance of theatre lovers of all ages. In these sorts of productions, it is almost as entertaining to see the reaction of young children, some of them seeing a theatre show for the first time.