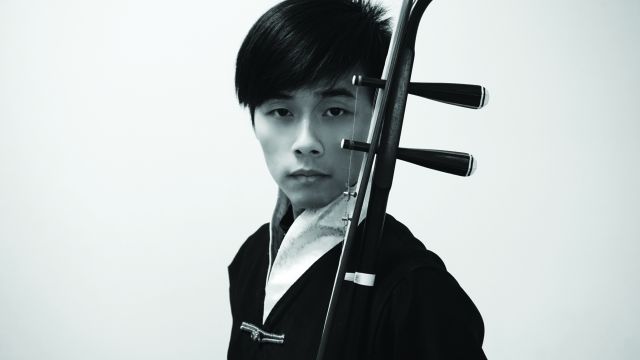 Chinese Music Day is an opportunity to combine age-old traditional Chinese music with contemporary influences. In recent years it has become a welcome part of the OzAsia Festival program and also provides an opportunity to showcase local talent and the work of a number of local performers. It brings together many of Adelaide’s leading Chinese musicians and also makes way for the next generation of Chinese musicians by showcasing the talents of younger generations and members from the Adelaide School of Chinese Music and Arts, including the Children’s Guzheng Ensemble.

As a complete novice in the art and complexity of Chinese music, I appreciated the fact that the host for the first sections, Stephen Whittington, himself an internationally regarded composer, musician and teacher from Adelaide University, included detailed information about the historical importance and complexity of the Chinese instruments that were featured in the program. This added greatly to my appreciation and enjoyment of each of the pieces.

In performing, the Elder Conservatorium Chinese Orchestra seamlessly blended western instruments with the Chinese instruments, the zhudi, pipa, guzheng, sheng and erhu to weave its magic with the works of traditional and more contemporary Chinese composers.

The two-hour program, broken into three sections was comprehensive, wide ranging and featured pieces of work with exquisite evocative names like ‘The Jasmine Flower’ and ‘Blooming Flowers and Full Moon’.

The performance featured soloists, duets, ensembles and orchestra, all of which showcased talent, musical excellence and the sheer joy that well played traditional music brings to both the performers and audience. The orchestration was well balanced and cleverly showcased the range of featured instruments.

One outstanding performance was the sheng solo. This is a Chinese free wind reed instrument consisting of usually 17 bamboo pipes set in a small wind-chest into which a musician blows through a mouthpiece. Sometimes called a mouth organ, this understates the instrument. The performance was unique, physical and compelling.

Yundi Yuan, a piano soloist, played eight pieces by China’s most famous international composer, Tan Dun. She was majestic, charismatic, and demonstrated breathtaking skill diversity throughout the range of short pieces played. The audience was spellbound.

The guzheng,also known as the Chinese zither, is a Chinese plucked string instrument with a more than 2,500-year history. It has 16 (or more) strings and movable bridges. The guzheng featured strongly throughout the performance. It was well played by both adults and the children of the Chinese Children’s ensemble, all of whom were between 8 and 14 years of age.

David Dai played the erhu, a two-stringed bowed musical instrument, also called a Southern Fiddle, and is sometimes known in the Western world as the Chinese violin or a Chinese two-stringed fiddle. His performance was riveting as he coaxed the erhu to create sounds that would not have been out of place in the deep south of the USA, and the evocative, traditional and rich sounds of Chinese traditional music.

The Pipais a four-stringed Chinese musical instrument that was also featured in a duet.  Sometimes called the Chinese lute, the instrument that creates an almost medieval sound, has an elegant pear-shaped wooden body with a varying number of frets. The piece, ‘Moonlit River in Spring’ was a classic Chinese piece and was a lively musical ‘dance’ between the players.\

The last section was hosted by Joel Ang, a talented guzheng player and leader of the Adelaide Chinese School musicians. They played five diverse pieces that showed that whilst the younger generation are skilled with traditional instruments, they are prepared to skilfully bring cultures together. The audience loved the quirky interpretation of Bach where the cello, erhu and guzheng were showcased.

The show ended with a new piece, performed by the entire Chinese Orchestra arranged and developed by Ang. Utilising both traditional and western instruments, this brought together four favourite Australian songs, including ‘Click Go the Shears’ and ‘I Still Call Australia Home’

There was barely a dry eye in the house and we were reminded that the beauty, skill and traditions of Chinese music has worthy heritage and offers us a bright and evolving musical future.