Circus Oz: From the Ground Up 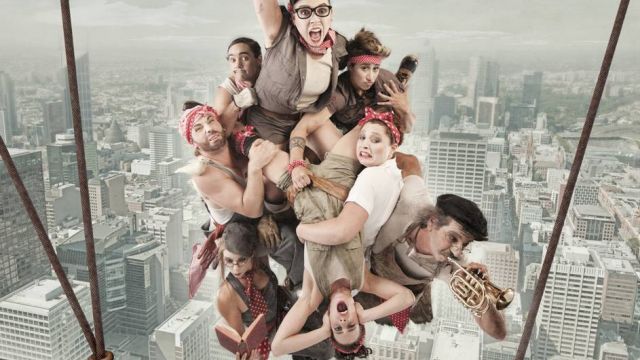 I love Circus Oz. It’s an icon. But sometimes an Icon loses perspective, or perhaps our expectations are just too high. Whatever the reason, somehow the new show From the Ground Up failed to transport me and a substantial share of the audience in the way CO normally does. This may be because the primary object of any theatrical event – which is to entertain – took a back seat to the highly political agenda in the show ( which was made all the more pervasive by endless speeches and welcomes which added more than half an hour in length to opening night.)

Circus Oz has always been political, but it’s been subtle anarchy in a nose thumbing style in the past, and not overt and preachy political correctness. Quite a few people left at interval and Talkback radio on Friday had a big discussion on the political content, and its suitability for children. All of which detracted from the really important issue for those who paid $40 for a ticket. Circus Oz is ENTERTAINMENT – and when it’s on its game it’s amongst the best entertainment in the world.

That wasn’t the case on opening night. Two key cast members were missing, and the plethora of mistakes or “muffed’ performances were not covered with the normal comments which left us guessing whether the mistake was intentional or not. There were so many dropped clubs during the four person juggling act that it seemed there were more on the floor than in the air at one point. The “Building” theme was cleverly interwoven in the first half, with antics on the steel beam and a clever brick juggling act, then all but forgotten in the second. Some of the acts required a substantial “fit up” and, since the “clowns” now perform set pieces rather than ad-lib interaction with the audience, we were left with long waits of nothingness between performances. But, inevitably, it was the comedy that overcame any misgivings – Especially the Magic Hammonds prestidigitation ( that’s magic!). The band was exceptional as always and Bec Mathews literally “swings” in an astounding contraption where she displays her percussion power while moving through a 120degree arc. Ghenoa Gela, all personality and bunched hair, is a delightful Ringmistress whose very presence was enough to guarantee reconciliation without heavy handed metaphors in script and song.

Circus Oz is still an institution  that inspires us and takes our identity out to the world. Its message should be inherent. Personally I long for a time when we are so integrated that we don’t notice any differences between us, and are shocked when they are repeatedly pointed out. Please Circus Oz….do what you do best. Entertain us.