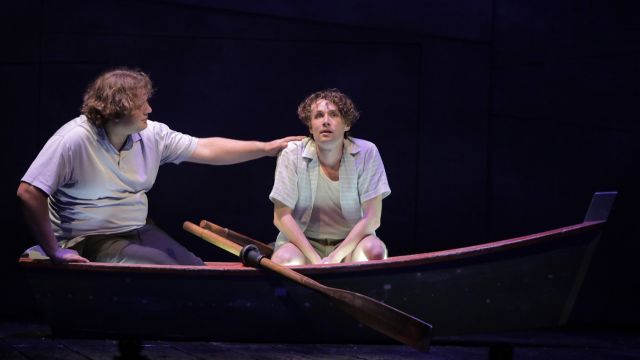 Cloudstreet, first produced by Black Swan State Theatre Company (with Company B) in 1998, has become a modern classic, especially in Western Australia, and is performed reasonably often in WA, by schools and community groups. But it is rarely performed in its original 3 hour 45 minute form. This rare experience is a co-production between Black Swan and Malthouse Theatre, as part of the Perth Festival, with the show running close to 5 and a half hours with intervals.

This show does not feel nearly as long as it runs, with numerous comments overheard after Act 2, the longest act at 90 min, remarking that it felt much shorter. Skilful direction, strong performances and a strong story keep the audience highly engaged throughout.

Zoe Atkinson implies the house at Cloud Street, with her large multi part set, with sliding parts and Advent Calendar openings that allow us to travel to other locales. Lots of surprises in this set design, especially evoking the underlying theme of water - used beautifully throughout. Very emotively lit by Paul Jackson, the show flows smoothly between place and time, while J. David Franzke's powerful sound design, featuring composition by Elizabeth Drake, has major and sometimes shocking impact. Costume design, also Zoe Atkinson, helps to track the passing of time, and the development of character. 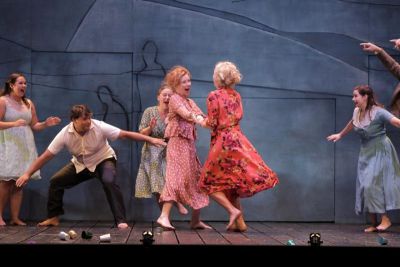 Tracing the interrelationships of the two families who share Number 1 Cloud Street, Perth, believable family relationships are essential, and the cast establish these beautifully. Alison Whyte is excellent as Lamb Family matriarch Oriel, whose decisions don’t always seem logical - even to herself. A performance with great depth, she works very well with Greg Stone, who is genuine and convincing as Lester Lamb. Anchor character of sorts, Quick Lamb is expertly portrayed by Keegan Joyce, who beautifully charts this character’s journey from overwhelmed, emotionally wrought little boy, to a young policeman and father with a clear sense of self, working well alongside Benjamin Oakes in the challenging role of Fish, who has a brain injury. 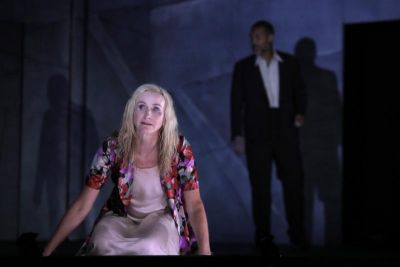 The remaining cast members all not only play younger members of the Pickle or Lamb families but innumerable smaller, often pivotal roles as well. The transitions are swift and well managed, although another couple of actors in the mix would really have helped to delineate characters, and take a little of the pressure off this great cast. Ebony McGuire was delightful as pretty eldest Lamb sister Hattie and stunning as the Aboriginal spirit ‘Lady’ in the house at Cloud Street, Arielle Grey was lovely as the seemingly overlooked Elaine Lamb and other roles and Mikayla Merks shone as feisty Red Lamb, and the unfortunate Mrs Clay. Scott Sheridan nicely differentiates golden child Ted Pickles, and the superficially charming Toby, with a strong silent reversal of character type in Act 3, while Ian Michael plays both Chub Pickle and Lon Lamb - and assumes quite a large portion of the narration - in this version shared between a number of the actors.

Cloudstreet is a well produced, very interesting theatrical experience that draws its audience into the Lamb and Pickles families. The single night experience (rather than two evenings as performed in Melbourne), seems to work very well. One of our most iconic Western Australian stories, this is captivating and endearing theatre.