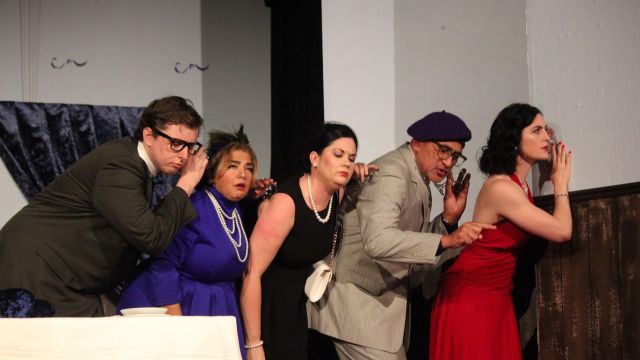 Clue On Stage is much merrier than you might imagine a night of multiple murders to be. A well performed production of this play, which is an adaptation of the film, based on the well-known board game, known in Australia as Cluedo.

As the film plays on film tropes, this production, directed with great understanding by new director Carmen Dohle, is unashamedly theatrical, using the limitations of the stage to advantage and being consciously presentational at times. Characters are over-played and stereotypical, yet are all given a sense of reality and have depth - a delicate balancing act that works well. 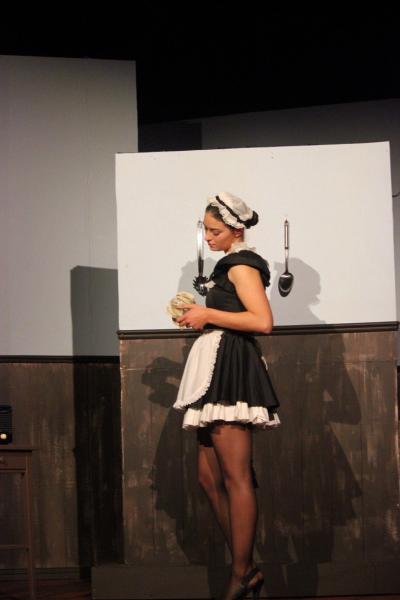 Pivot character, the butler, Wadsworth, is played with great energy by Stephen Platt, anchoring the show well and introducing us to the characters we ‘know’ from the board game.

Jason Dohle brings excellent comic timing to Colonel Mustard, Eddie Stowers is a polished and professional Professor Plum, while Alex Banham brings a beautifully refined disorder to Mr Green. Ellie Cutbush, who made her theatrical debut in February, delivers her fourth role of the year, once again with an excellent Southern drawl. Nikki Di Camillo summons black widow vibes as Mrs White, while  Grace Edwards is a beautiful femme-fatale, owning the role of Miss Scarlett in an outstanding performance. 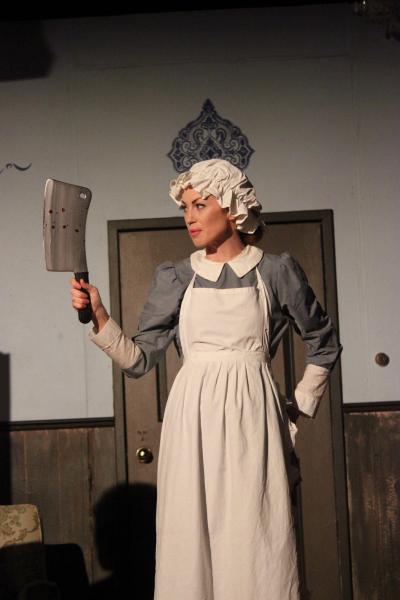 A wonderful stage debut from Marie-Ève Cigna as French maid Yvette, while Kaitlyn Barry has a busy evening playing for different roles very nicely - and Matthew Lister gives diversity to a trio of different characters including the famous Mr Boddy.

The simple set design from Peter Bloor, Ross Bertinshaw and Susan Lynch functioned well, with Jacob Jensen’s lighting design an essential feature of the plot. Costumes, by Michelle Sharp, were picture perfect, with some lovely attention to detail. A fun sound design from Terry Bloor, Jason and Carmen Dohle both moved the story well and left the audience humming. Make sure that you grab a program, which is peppered with fascinating trivia about the game.

Clue on Stage is a slick production that will be enjoyed by anyone who has ever enjoyed a game of Cluedo.