The Colour of Glass by Gabrielle Macdonald 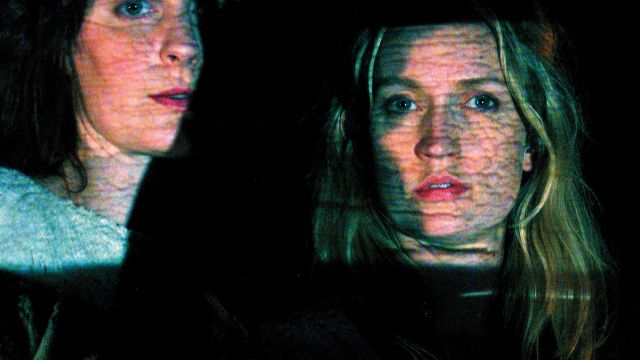 I have been told that people change every seven years. We do not choose our new personality, our new path and our new goals, but unknowingly arrive at the other end a different person. “J” in Gabrielle Macdonald’s The Colour of Glass (the characters are unnamed in the programme) had a clear, definitive image of her new persona, but her life was cut violently short just as her dream was realized.
The show itself is “framed as a series of tangental ‘distillations’ or snapshots” that show us glimpses of J’s life and the effect on her loved-ones from childhood, to her incarceration due to madness, and her tragic death. This resulted in the majority of the performance switching between monologues by the two actors with minimal moments of interaction. I found both performances visceral and sinewy and particularly enjoyed Georgina Durham’s lyrical, cantabile delivery of her longer passages. Karen Sibbing’s powerful recitations heightened the pain and confusion in Macdonald’s challenging text. Very well done to both.
Macdonald designed the piece “as an invitation to theatre makers to create a performance, which could be owned by the entire team” - and I’m not entirely sure she succeeded. The integration of technology was too subtle or too little when used: for example, I can only remember four images being projected throughout the entire performance and minimal audio. A stronger, starker, more consistent use of technology in the production would have allowed the audience to experience multiple levels of J’s troubled mind.
Ian Nisbet