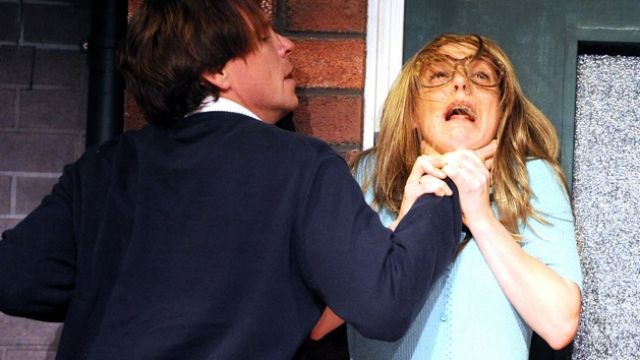 Britain’s best-loved television soap-opera Coronation Street celebrated 50 years on-air in 2010. Coronation Street On Stage is the third stage incarnation of the series and follows 2010’s Corrie! and 2012’s musical version Street of Dreams. All have been written by head-writer of the series, Jonathan Harvey, who has done an amazing job of reducing 50-years of storylines into a two-hour fast-paced tribute.

Hosted by original cast member William Roache, who has played Ken Barlow in the series since it began, and using six actors playing 55 characters, the show basically followed the turbulent lives and loves of the Barlow and Pratt families. 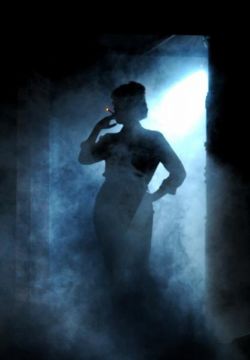 Starting with Roache at the Pearly Gates welcoming Blanche as she joined old Street gossips Ena Sharples, Elsie Tanner and Minnie Caldwell, the piece offered a highlights look at the series done as short, sharp sketches with a mini-burlesque ballet sequence that encapsulated Tony Gordon’s relationships with the Connor family, and a mimed silent-movie to break-up the decades of births, deaths and marriages. Death by electrocution with a hair dryer, drowning, and even being hit by a Liverpool tram were hilariously recreated, in an inventive production by Fiona Buffini that made full use of the many-levelled set with steep stairs that (naturally) one character fell down and died.

All actors worked their butts off changing wigs, clothes and characters in a split-second with the men frequently in drag. Jo Mousley made a good fist of Ena and Karen, but her Deidre was spot on, likewise Lucy Thackeray who captured the vocal cadences of Gail perfectly. In the hands of Claire Wyatt and Mark Sangster, Hayley and Roy Cropper came vividly alive, while Daniel Crowder and James Lailey had their best moments as Martin Platt (Crowder) and murderer Richard Hillman (Lailey), a storyline that pulled 20 million viewers nightly when it was shown in 2003.

At times there was a feeling of revue and at others of panto, but thankfully the actors held the reign on caricature. Yes, it was a show strictly for the fans and they loved it. Star of the night was writer Jonathan Harvey who gave the piece affection, honesty and heart. 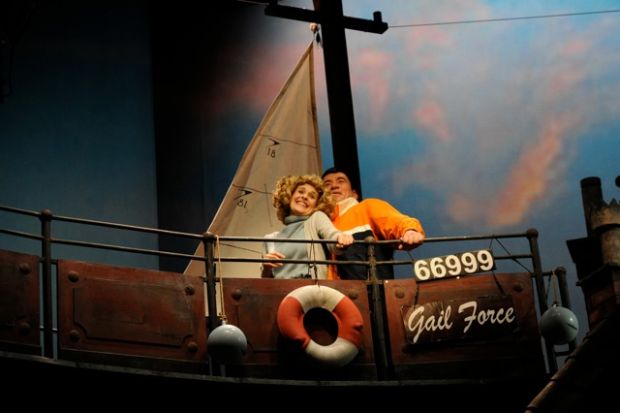