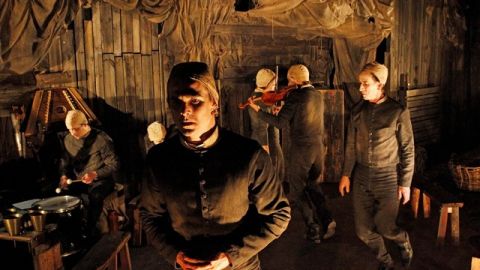 Plague Dances is a well-crafted, evocative and haunting work melded with the exquisite use of instrumentation and the singing voice.

Singin’ In the Rain 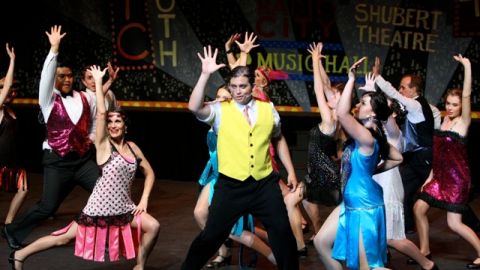 Singin’ In the Rain is one of the all-time great movie musicals, if not the greatest, but the stage adaptation is not one of the all-time great stage musicals. Stretching the 103 minute film to over 2-hours labors the story and diffuses the wit even with a book by screenplay writers Betty Comden and Adolph Green. The other problem is the story’s set-up which is slow and there are no big production numbers in the first act and only one in the second. 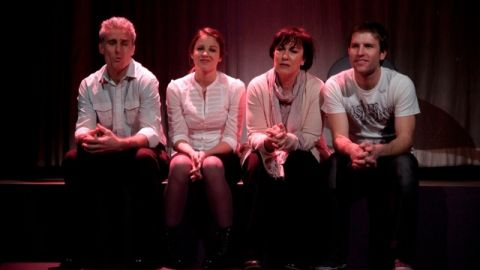 This is one of the finest pieces of educational theatre I have seen.

We become engrossed and finally shattered by the ending, despite its inevitability. Credit must go to the inspired casting and direction of David Burton’s script by Lewis Jones.

An Appointment with J Dark 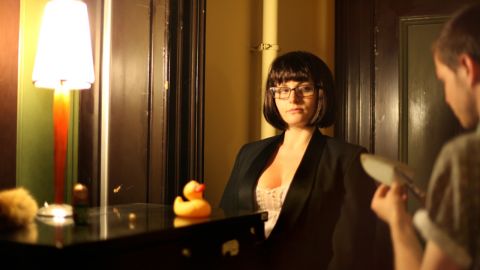 Friends warned me to be on my guard when I told them I was going to experience a piece of 'live art' in which I would be the sole audience member. I had booked in for an appointment with 'J Dark', and would be taken through the labrynthine backrooms and stairwells of the North Melbourne Town hall for what sounded like a cat-and-mouse psychological game. Would I end up running out of the building? Probably.

Actually no, I didn't run away but if you're going to participate in this risky type of theatre, it's good to know you have the option.

Innovative, collaborative, inspiring, visceral and hypnotic, More or Less Concrete could be interpreted as a work about the nature of different and changing forms of concrete - however it is much more than that.

Wish I'd Said That 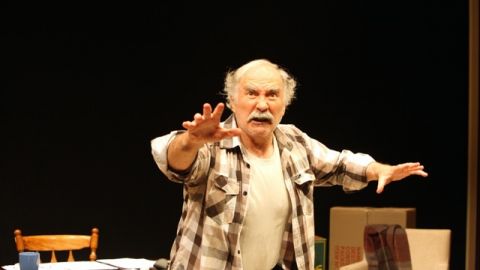 It was a great honour to meet, tonight, the man who wrote and delivered Wish I'd Said That, Henri Szeps.  I can't say that the man acted well; this is the first performance I've ever seen that I can't convince myself was acted at all.  It simply delivers the refreshing, moving truth.  In the sense that everything we do is an act, this was an act; but it was free of all artifice. 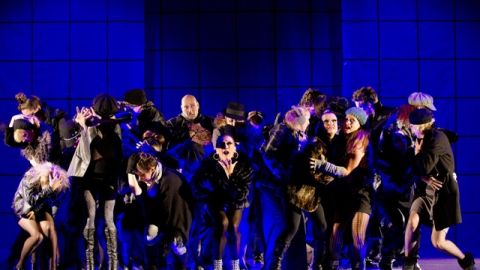 Break a leg! Almost, but not quite!

Leading man Mikey Hart dropped a water tank on his toe, breaking it. Still, in the best thespian tradition, the show went on.

I’d assumed that the walking stick and limp was part of his excellent characterisation of Dr Jekyll. Necessity being the mother of invention, it fitted with a physically weaker Jekyll asserting himself in a struggle of the wills with his brutal alter ego Mr Hyde. In this case, the roles had been split, with Peter Meredith playing Hyde. 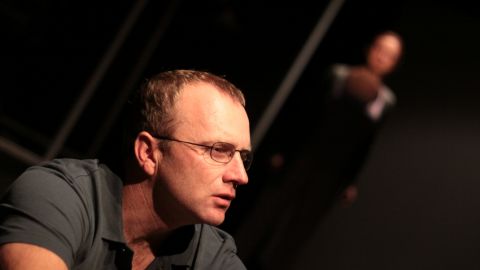 For me this show needs to be considered in two fairly distinct parts; the production and the script.

The Sound of Music 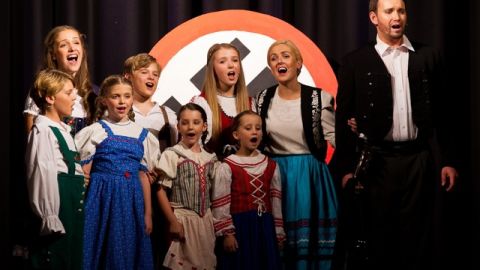 Hornsby Musical Society’s production of The Sound of Music gets off to an outstanding start with the Nuns’ chorus, singing their share of the classic show better than I’ve ever heard it sung anywhere outside the movie.

In an inspired piece of community collaboration, the musical society has joined forces with a large, established local ladies choir (The Spirit of Sydney Chorus).

The Story Of Mary McLane By Herself 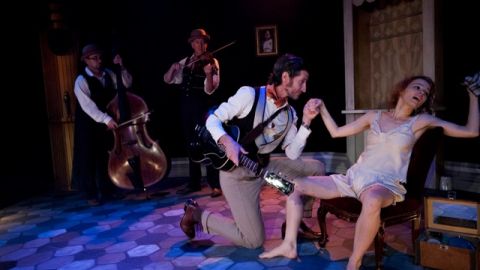 This story of the little known “Wild Woman of Butte” or Mary McLane is a rustic but densely beautiful patchwork of music and text with a little mysticism thrown in for good measure. Cue the statement, “There is nothing quite so cosmic as a cold boiled potato.”