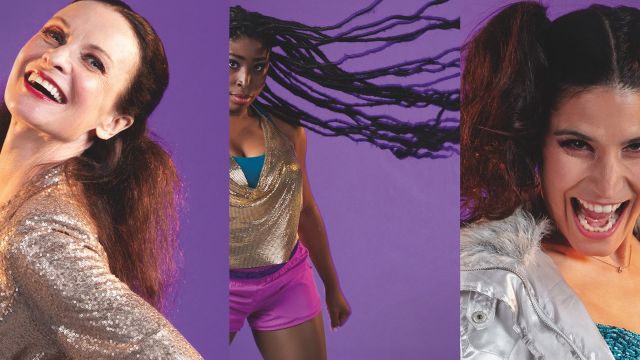 Dance Nation is girl power at its finest. American playwright Clare Barron’s script will leave you gasping as she explores the hopes, dreams and torments of six teenage girls and one boy.

In a deliberate move Barron breaks stereotypes with the casting of adults in child roles. It is refreshing to see an aging cast recapturing their youth. It becomes abundantly clear that this playwright is tired of apologising for being a woman and her un-filtered prose puts the nice girl cliché to rest.

Set in a dance studio in middle America, Barron concentrates on this dance troupe’s collective desire to be the best. Director Imara Savage has brought structure to a play that could have produced anarchy. Tight direction and a clear understanding of the text allows for balance.

We get a taste early of the choreography by Larissa McGowan; the sugary sweet tap routine is a riot. Dressed in sailor costumes, all are wearing a smile, but don’t let that fool you. This play is about to unleash teenage angst by the bucket-load.

Dance teacher Pat (Mitchell Butel) is pompous and serious. He has one goal and that is to add another trophy to his cabinet, because without winning you will simply be forgotten, he laments. Butel assumes the posture of his profession and shallowness of his character with ease.

With steadfast commitment, this ensemble is on their way to Tampa Bay to win. Teacher’s pet Amina (Yvette Lee) is the most talented member of the troupe, however she spends most of the narrative downplaying her aptitude and ambition. Lee’s delivery captures her awkwardness beautifully. 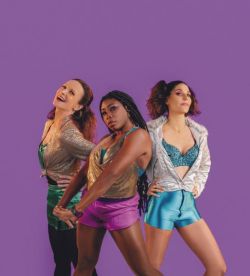 Zuzu (Chika Ikogwe) strives to be best but falls flat quite literally when it matters most. Ikogwe relays the frustration and unhappiness of her character, exposing the pressures of competition.

Tim Overton plays Luke, the only boy in the troupe who has a crush on Zuzu. I was confused by this character’s inclusion. Overton did well with a lesser role.

Youth evokes a dream-like state. We imagine scenarios and believe whole-heartedly in their validity. Both Connie (Emma Harvie) and Maeve (Rebecca Massey) seem more child-like than the rest. Their innocence and quieter manner are a lovely contrast to the other boisterous characters.

Most would remember actress Tara Morice from her star turn in Strictly Ballroom. Her talents are not wasted in this ensemble as Sofia. Portrayed with a cutesy quirkiness that is endearing, Sofia finds her inner warrior when she begins menstruating before a dance competition. I cringed at the prospect of having to endure such embarrassment, but this life-changing moment is handled with hilarity.

Rounding out this group of performers is the confident, brash and at times ferocious character of Ashlee (Amber McMahon). There is no filter when she delivers a monologue worthy of its own curtain-call. Frighteningly ambitious, she is teenage angst wrapped tightly. McMahon is devilishly good in her delivery.

Elena Carapetis can do no wrong in my eyes, playing several roles with her usual aplomb.

If you are not scared to revisit the awkwardness of youth and hear ltalk about sex, circumcision, periods and other alluring topics and if pastel spandex and  the use of expletives does not scare you off, then this production is for you.

I am proud to admit that giving women a voice louder than a whisper evoked joy in this reviewer. As the cast shouted the word “Pussy”, I too felt proud.