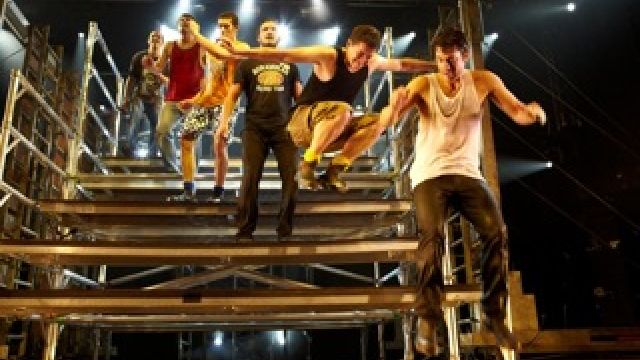 The last time I saw the Tap Dogs my son tapped away from inside the womb...  or so my wife reliably informs me.

So it was appropriate that, now aged 12, he accompany me to the company's latest production which debuted in Sydney.

It was tough to convince him to come, as sport not the arts, dominates his psyche.

But very soon he thanked me for dragging him along, as this show was as tough and physical as any titanic sporting contest. 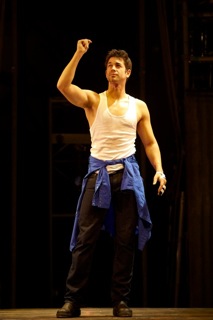 The music blared out, almost a little too loud, as Adam Garcia and his mates delivered a ninety-minute tour de force.

They did lots of blokey things along the way.

One tapper had a leak, they all drank beer and at work they sent the sparks flying.

As it happened the most beautiful sequences to watch were the sporting sets.

The boys elegantly tapped away in the fashion of a soccer practise.

Equally clever was the basketball, as they bounced, tapped and threw passes in a style which would make the Harlem Globetrotters envious.

The show was, of course, invented by Dein Perry and fashioned upon his time working in the steel city of Newcastle.

Since its debut in 1995 it has had an international appearance almost every year.

The charm of the production is the working class origins.

In this production the hard hats only returned towards the end of the performance for the traditional cacophony of tap shoes on steel girders.

It is an awesome sound which can penetrate a womb and is as refreshing as summer rain. 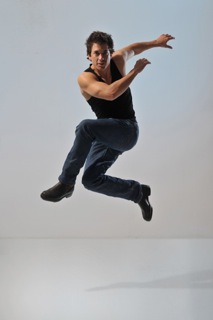 Tap Dogs is a pretty primal night in the theatre – no need to engage the rational mind, just go with the sensory flow.

From tongue-in-cheek macho competitiveness to wonderful collaboration and inventively choreographed ensemble work, it is 90-minutes of non-stop action. Transitions were incorporated or cleverly masked so that the action never flagged.

Asked to nominate my favourite sequences, I’d find it hard to choose between a dazzling combination of tap and basketball, emulating a steam engine with ensemble tap, angle grinders creating percussion and fireworks as the sparks flew from Tap Dogs’ hallmark heavy industrial setting or a fantastic water dance routine.

I noticed an older couple, who probably prefer a gentler Fred and Ginger style of tap, leaving early, but the rest of the house leapt to their feet at the conclusion.