Disney Beauty and the Beast 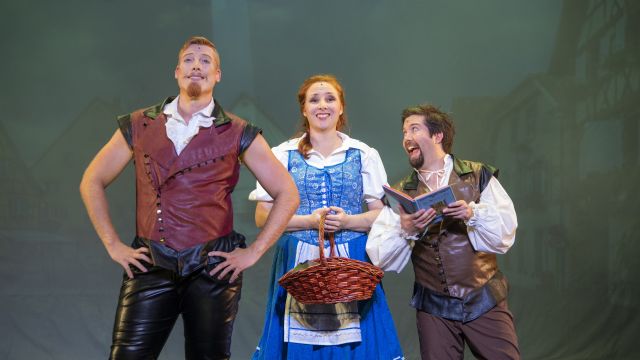 Everyone remembers that Beauty and the Beast tells the story of a cold blooded prince who has been magically transformed into an unsightly creature as punishment for his selfish ways. His friends and colleagues have also been changed. To revert into his true human form, the Beast must learn to love a bright beautiful young woman whom he has imprisoned in his enchanted castle before it is too late. The others will then also revert to normal. Being a Disney story we know what the result will be - but the question is how does that happen. 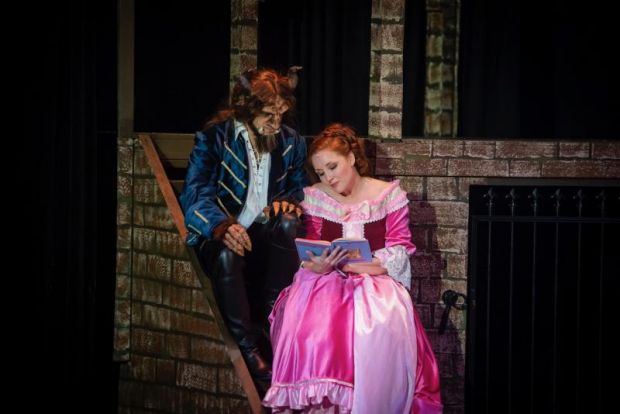 Deian Ping, director, has created an excellent, free flowing presentation with a large multi-talented cast, good costumes and an orchestra to match. The transitions through the wide range of scenes such as castles, forests and the like are smooth with good choreography and singing, all backed by the orchestral music. Julianne Burke, the choreographer, is to be congratulated. Unfortunately at times the music was too loud for clarity of the songs. The use of stage microphones made the female voices much clearer but they may have also picked up the orchestra too much.

Outstanding in a generally strong cast was Anita Parakh – Morgan as Mrs Potts for both her acting and excellent singing. Belinda Lewis as Belle was the “beauty” the  play needed to carry us with her in her dreams, with Michael Lewis as the Beast a good counter to her. All the main performers were good, interacting impressively, though perhaps Maurice Carr as Maurice could have had more oomph. This large cast ranging from the quite young maintained a great flow to the action with both singing and dancing. 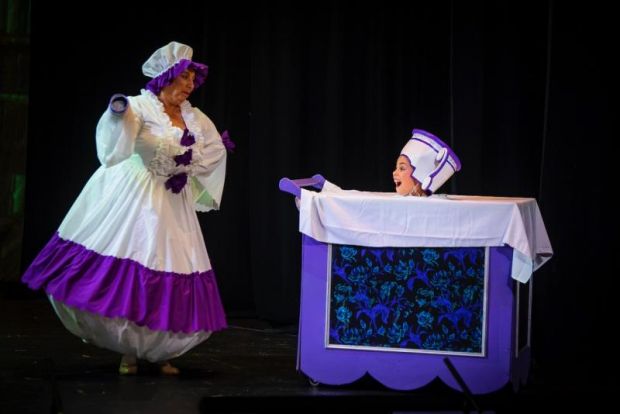 This ambitious production had the audience enthralled throughout. Congratulations to all involved. In fact, this staging of Beauty and the Beast was a real beauty. Do yourself a favour and see it.