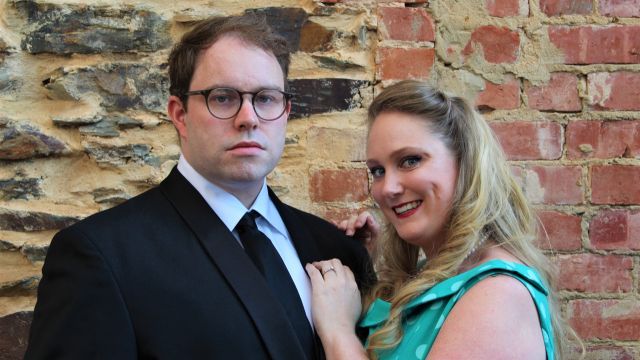 I have often started to read a review only to find the dreaded word ‘dated’ in it, used because the play was written last century or even the century before. Apart from the syntax, A Doll’s House could not be more contemporary as it presents a woman's dilemma as a human dilemma, relevant to both sexes when so often women's stories are treated as a special subject of concern only to women.

A Doll’s House is a play about secrets and social status. To protect her secret, Nora tries to defend one of husband Torvald’s employees who knows that she is hiding forgery from her spouse.

Torvald insists on firing the employee, Krogstad, who promptly sends a letter to him detailing Nora’s deceit. Nora tries to keep her husband from reading the letter to no avail. Upon reading it, he is angry with Nora, insisting that her deceit has harmed his reputation although she has borrowed the money to save his life.

After learning the money does not need to be repaid, Torvald forgives Nora, but she cannot forgive his self-centeredness. The play was originally set in 1879 in a middle class house in Norway, but director Nathan Quadrio has wisely decided to remove set and period altogether.  A door frame, two chairs and a coffee table, together with the stark black walls of the Bakehouse Theatre provide the setting, ensuring the intimacy of the play is enhanced and our attention focussed on the acting and the dialogue. Instead of a set providing the claustrophobia in which Nora is trapped, we focus on her dialogue and her pacing like a caged animal when cornered.

As well as the set and time period, Director Quadrio, along with fellow adapter Miriam Fietz, have removed the lesser characters and trimmed the play to run for two acts, with the action spanning 24 hours instead of several days.

His direction is tight and characters well-drawn. As an audience member, I was immediately drawn in to the story and felt the characters’ joys and pain.

Allison Scharber’s Nora is mesmerising. Barely off the stage, she takes us with her, as she moves from the timid wife, dominated by her husband and haunted by her secret, to a woman who is willing to lose everything to become her own person. She nails every nuance and is the driving force that keeps the play flowing.

Matt Houston seems to be able to play anything in theatre, from the tormented Renfield (Dracula) to Cripple Billy (The Cripple of Inishmaan). In this play, his Torvald is domineering, pompous and controlling. However, he also gives us humanity in Torvald’s love for Nora, however misguided his way of showing love may be. Georgia Stockham’s Mrs Linde is a fragile woman who is ‘broken’ by her circumstances and looking to make a new start at any cost. The quiet intensity of Stockham’s performance ensures that we empathise with her character’s plight.

It would be easy to classify Niles Krogstad as the villain of A Doll’s House, however he is not. He is simply a man trapped by circumstance and willing to do anything to maintain his position. Anthony Vawser gives us the menace and desperation required but seemed uncertain of some of his lines on opening night. This should correct itself as the season continues.

James McCluskey-Garcia’s Dr Rank is the perfect foil to Torvald, someone Nora can talk to and who treats her like an equal. Unlike the other characters, his Dr Rank does not care what others think of him. McCluskey-Garcia’s performance is compassionate and heart breaking, particularly his last scene.

Costumes by Ann Humphries and lighting by Nathan Quadrio add to the ambience of the play.

A Doll’s House is a study of relationships and the secrets that we are all guilty of keeping from those we love.

IpSkip Productions has produced an excellent adaption of a classic!