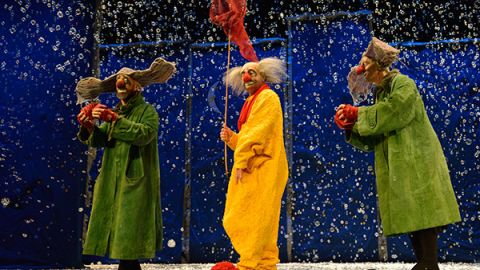 There is a child inside all of us, but in today’s world we are loath to let that child out for fear it will be damaged, or even killed. Slava’s Snowshow caresses that inner child and reminds us how wonderful the worlds of wonder and imagination are. Though there was a large proportion of actual children, full of delight, at the opening night, it was the adults who were touched the most. 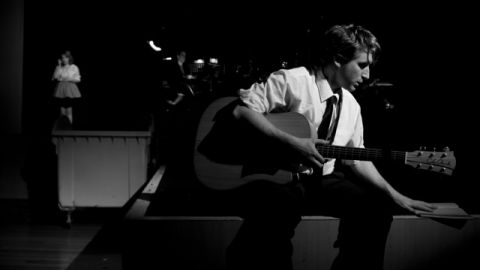 Popular Hollywood rom-com The Wedding Singer transitions happily into a cheerful musical comedy, mostly following the film, with odd nips and tucks to plot and characters.

Graceland and Asleep on the Wind 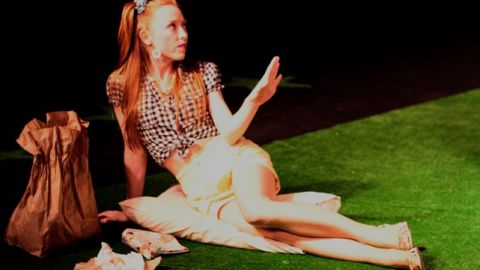 The back wall of the cavernous stage at Sidetrack Theatre is a tree of gold records, its trunk leading to the gates of Graceland just days before it is to be opened to the public in 1982 following Presley’s death. 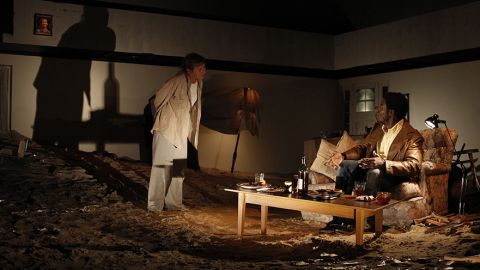 We are no strangers in Australia to the difficulties, sometimes traumatic, of reconciliation between indigenous and settlers. However, we cannot even begin to understand, even in these last days of Mandela, what the African continent has gone through in its attempts to redistribute power. Lara Foot is a fine playwright, but violence is merely back-story in this exquisite and delicate play about grief, healing, surrogate love and reconciliation between an aging white South African Woman and a young native boy. 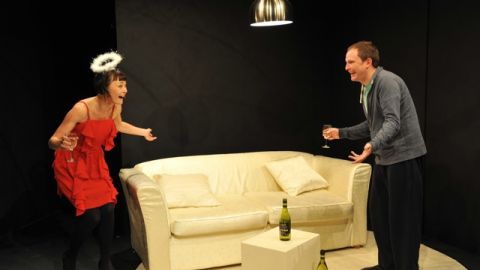 This is a disturbing play about three people linked to each other but failing to connect, at least in a healthy way. Set in the intimate Red Stitch theatre, and with the distant sound of a jackhammer filtering in from roadworks outside (on the night this reviewer attended), Herding Cats presents a bleak picture of modern England. Perhaps it's a timely one, given that country's economic strife, and the recent shocking outburst of violence against a soldier on the street. There is a sense of chaos, despair and desperation in parts of England's population. 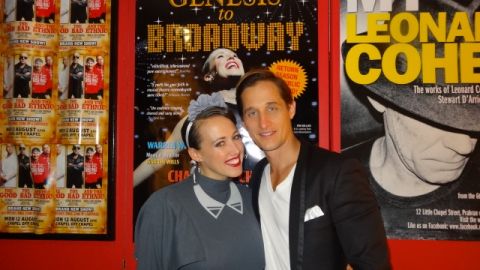 The world of cabaret is very competitive and for a show to have a return season speaks volumes. And this show was good!

A two hander for Fem Belling and Tod Strike, with a jazz trio led by Warren Wills, everything about the production had class. Fem and Tod were both superb. Their voices were capable of a huge range of styles, they danced well and their timing was exemplary. I was amazed that Tod was new to the production. 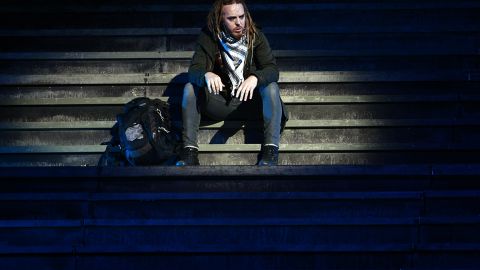 Like a shooting star this production has blazed across the arenas of Australia.

Re-invented in the UK to be set in Rome in 2011, the tumult is not revolution against the Roman Empire in the Holy Land, but the occupy movement protesting against capitalism.

It gave the musical a contemporary feel, aided by the pulsing hard rock musical accompaniment.

Tim Rice penned the musical as the Gospel according to Judas.

Rumplestiltskin is My Name 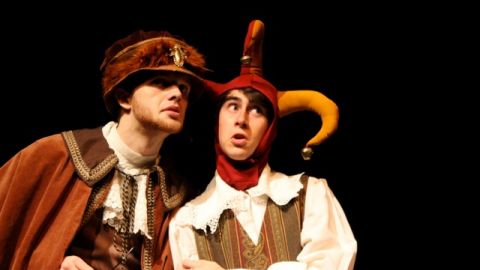 That the Youth Theatre productions (more than 90 shows altogether) grossed almost as much as Main House shows with more than double this number of performances in 2012, surprised me.

But interpret these data carefully: access to the theatre is easier on weekends and weekdays. Nearby Suncorp Stadium is home to more football events every year; their fans grab parking spaces early making BAT less attractive to evening theatregoers on footie nights. 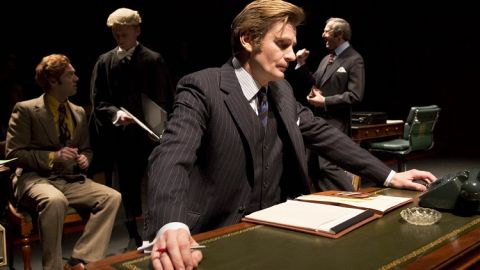 Despite its being touted as “Britain’s answer to the West Wing” in the publicity material, I could find little similarity to Aaron Sorkin’s writing in James Graham’s This House. Both may be about politics, but the emphases, tone and particularly treatment of comedic elements are entirely different. 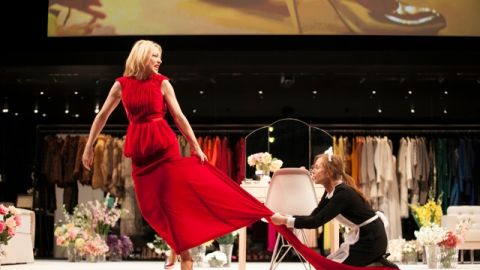 Gridlock on the streets of Sydney delayed the opening of The Maids as hundreds of thousands of people crowded the shores of Sydney Harbour to see the one of the last nights of dazzling lights of the Vivid festival.

There was just as much eye candy inside the Sydney Theatre.

First the extraordinary set, inside a luxury home. The wardrobe seemed to stretch for an eternity upon which hung the finest furs and frocks.

The walls were transparent, behind which cameras broadcast all the action when the cast faced away from the audience onto a large screen.