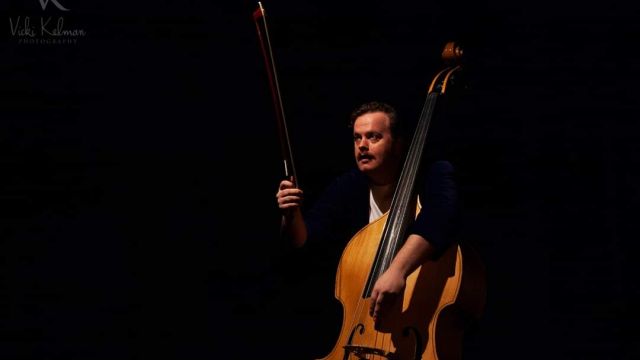 Solo performances, at their best, carry with them a uniquely thrilling charge, akin to watching a high-wire artist attempting to stay balanced without a net. In the case of this show, Eddie Morrison demonstrates a remarkable ability to keep us interested in the thoughts of one character in one location for 75 minutes.

Morrison applies his genuine skills on the title instrument to excellent use in this text about a professional musician with a less-than-completely-healthy outlook on his professional and personal lives. We are kept inside the apartment of this man, taken through a range of emotions and a spectrum of moods, from amiably erudite to quietly honest to fiercely angry.

I suspect that had Mr Morrison understudied this role for, say, the late Philip Seymour Hoffman on Broadway, there would not have been a paying customer in N.Y. who could feel that there was anything amiss had the star needed to call on the Adelaide actor’s services. Such quality of performance seems, happily, to be growing less and less rare in this state these days – but make no mistake, The Double Bass is certainly special enough to put at the top of your ‘to-see’ list.