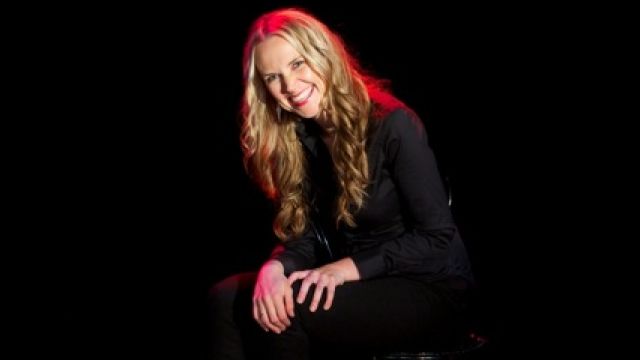 Tasmanian singer and actor Allison Farrow returned to the stage with her third one-woman show, this time paying tribute to the song writing talent of a childhood favourite: the incomparable Dolly Parton. The show was a 90 minute chat with the audience, singing the Parton songs most meaningful to Allison. Classically trained Farrow “found” her childhood hero again in recent years, devising the show to revisit the music and honour Parton, who she thinks of as a “genius” with a five-decade legacy to music. With over twenty years of musical experience in Tasmania, the mainland and in the UK at the Edinburgh Fringe, Farrow, has always admired her idol’s achievements, even though her own career is markedly different. Farrow performed as "herself” rather than playing a character. Fortunately, Allison didn’t attempt to physically imitate the American country singer’s looks and style. Tall, slender, evenly-proportioned Allison, with her long flowing dark-blonde locks looks nothing like the miniscule, tiny-waisted, large-breasted, big-haired Parton. The connection and the reason for her show of the famous Dolly Parton lies in the music. Farrow entered from the audience singing the title song, “Dumb Blonde”, Parton’s first hit. She proved that genre is not important, but musicality and love of music is. Audience favourites were: “Coat of Many Colours”, “I will Always Love You”, “Jolene”, and my favourite, “Love is Like a Butterfly”. As Lincoln le Fevre accompanied on guitar, banjo and harmonica, the songs and congeniality flowed. Director Sara Pensalfini maintained the feel of “a chat with a friend’ on a simple set of stool, dais, and some girly pink butterfly touches. Rather than go the obvious “ditzy” showgirl look, attention was given to the music and the “guest of honour”, Dolly Parton. Allison Farrow’s “Dumb Blonde” was a charming, laid back, but controlled performance with lovely singing. I think Dolly Parton would have approved. No dumb blondes here, just solid entertainment.