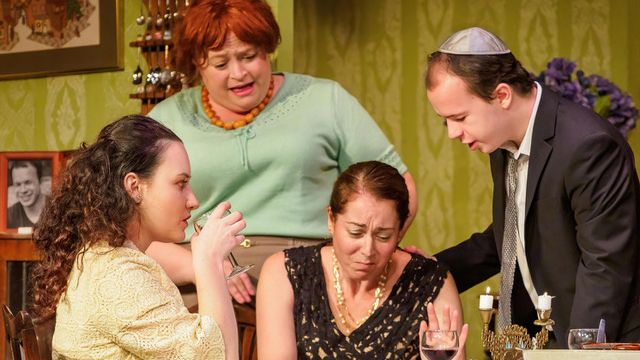 Polish refugees Fania and Simkeh escaped the evils of World War II to settle in Melbourne. They hold steadfastly to their Jewish faith – and the rituals, customs and traditions that have endured despite generations of persecution. Though safe in Australia, they will never forget Hitler’s devastating march through Europe and the massacre of so many they held dear.

Ron Elisha takes his audience into inner city Melbourne in 1968. It is Friday evening, the beginning of the Sabbath and guests are expected. As well as their sons Jack and Lenny and Lenny’s wife Suzy, they’ve invited Fania’s sister Giza and her husband Mordechai. And Suzy is bringing her friend Hannah - ostensibly to meet Jack.

As Fanai fusses about setting the table and loudly hurrying Simkeh and Jack along, she sets the pace and tone of the production – and gives the audience time to take in the set, where the attention to detail is just one indication of director Carla Moore’s personal empathy with this production. 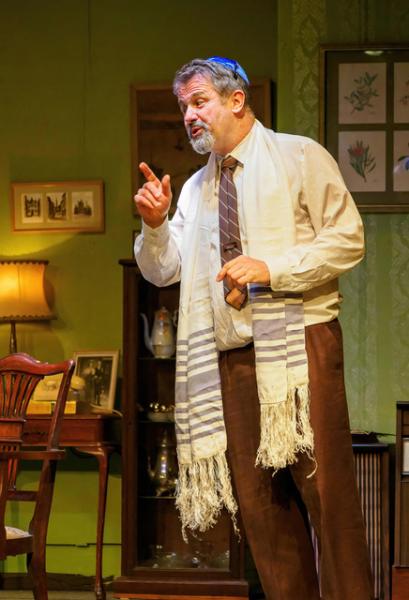 “This play resonates with me deeply,” she says. “I knew these dining rooms full of memories, these immigrants, these damaged survivors of the Holocaust, who clung to their beliefs so desperately in order to make sense of their lives.”

It is Moore’s own family photographs that hang on the walls and become such a focus of the production. Her menorah stands on the dresser. A mezuzah is affixed beside the front door. Sabbath candles are set.

Attention to detail extends to the accents, especially the hard ‘g’ at the end of present participles; the pronunciation of Hebrew and Yiddish words; the beautifully intoned notes of the Sabbath grace by Clive Hobson, who plays Mordechai; and the meals around which so much of the action occurs. 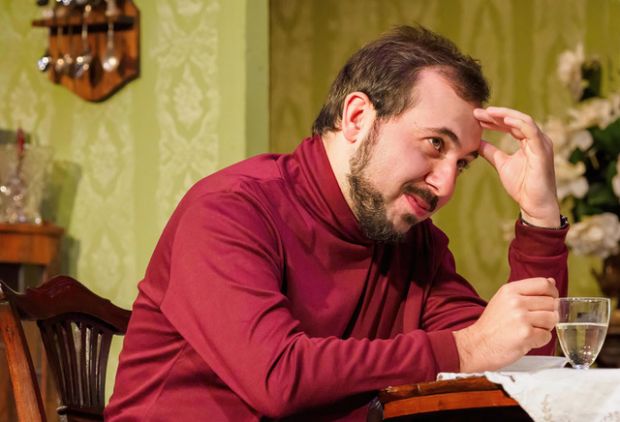 All of this sets not just the scene, but the tenor of the production. Despite the joy of the occasion, history hangs heavily on this family, bound by the pain and suffering of the past, and the memories that haunt them.

That history hangs particularly heavily on Jack. When he uses the Sabbath gathering to tell his parents that he is in love with a non-Jewish girl, the reactions of his parents, and his aunt are fiercely hostile.

Thus Elisha introduces the turmoil of a family divided by religion and tradition. Unbelievable? Even a little ‘over the top’ today? In multi-cultural, multi-religious Australia? Perhaps. Perhaps not! 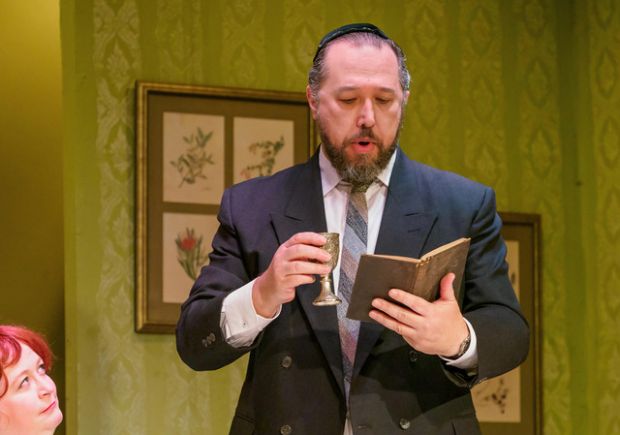 Martin Bell’s Simkeh is her antithesis. Solid, steeped in his belief in family, he moderates and soothes – until Jack’s announcement, when the past and his fears lead him to admissions and threats and that will eventually ruin the son he loves so much.

Michael Arvithis plays the difficult role of Jack. Caught between two worlds, he vacillates between them, trying to stay ‘cool’, but caught up in an atmosphere that is oppressive but, eventually, overpoweringly valid. 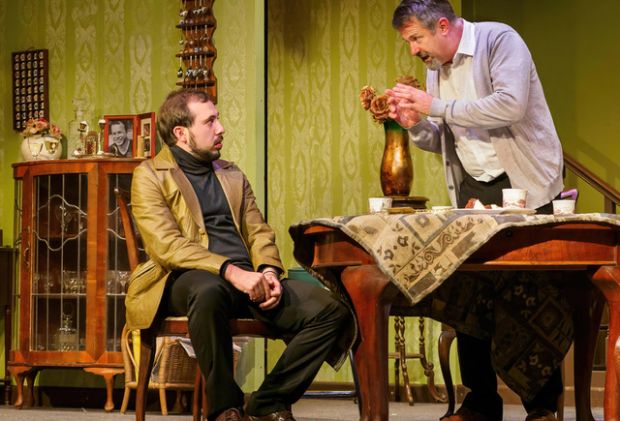 It is around these three characters that the story is built, but they are ably supported by Tracey Okeby Lucan, Clive Hobson, Samara Louise and Alex Howard as the extended family; Mia Bulie as Hannah; and Hannah Laytham as Christine, the “Shiksa” who Jack dares to introduce to his family.

Carla Moore’s production is tight. The characters and their feelings are very real – as are the dilemmas that divide them … and the history that they will never forget.

Plays like this are important. They keep that history alive.