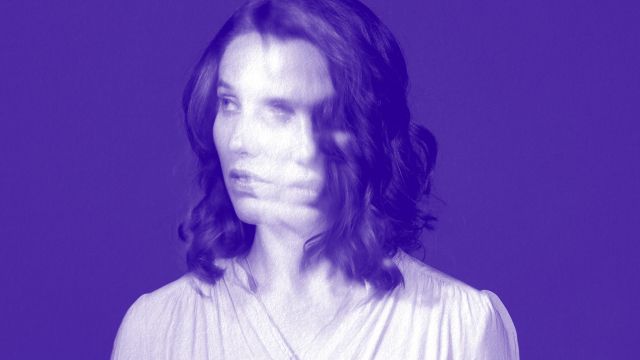 This evening is full of the unexpected and a marvelous opportunity to catch a unique and culturally abundant journey of storytelling with a full-bodied and resonant Jewish essence.

Proceedings open with a young man coming from the audience and briefing us about Dybbuks.  It is hard to know if he is meant to be there. Once he is politely removed, apparently by a stage manager, Samara Hersch introduces her panel and explains that she is working towards her own unique production of The Dybbuk. A Yiddish play; The Dybbuk premiered in Warsaw in 1920.  It is about a young bride who became possessed by the man she was meant to marry.

As the evening proceeds the audience learns of a number of Dybbuks and perhaps experiences the presence of more than one or two.

We listen to the complex rich story of a couple of Jewish entertainers who survived Auschwitz and reinvented them selves in Australia to perform in many places including at Hepburn Springs.  This is a beautifully researched and compiled story - told with wonderful mellow clarity by Master Storyteller Arnold Zable.

Then in a kind of counter balancing act , young playwright Jessica Bellamy tells an hysterical story of the possessing of a young contemporary Jewish bride to be.  Ms. Bellamy has a marvelous, at times, outrageous x rated sense of humor.

Michael Gawenda, a journalist, presents his perspective and his son Husky delights with his song and guitar playing.

Performer and academic Yoni Prior, with splendid irony, talks to us of a time when as a young actress she worked in Melbourne’s unique and seminal Gilgul Theatre.

The preview was evocative and rewarding (not without it’s ‘technical problems’) and glorious in its unexpected climatic finale.

Only two shows and probably not even a handful of tickets available – be quick!