The Empress and Me 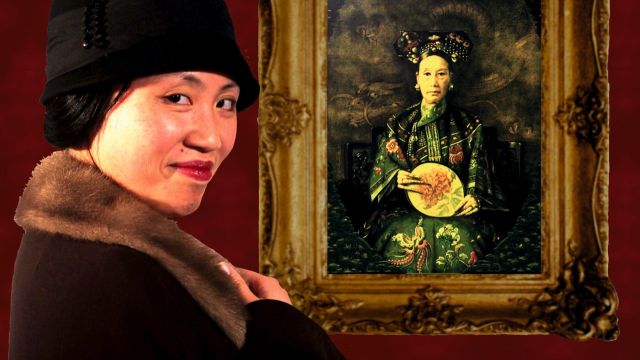 For 40 years half the world was ruled by women, namely Queen Victoria and Empress Cixi of China. Lizzie Der Ling lived through 16 years of their reigns while being up close and personal with one of them, as depicted in The Empress and Me.

Michelle Yim embodies Lizzie Der Ling as she relates a piece of history that would not be believed if it were not documented in 2 books, ‘Two Years in the Forbidden Palace’ and ‘Old Buddha’.

Born in China, Lizzie was posted with her family to Japan then recalled to China to become lady-in-waiting to the infamous Empress Dowager Cixi. She became a favourite of the Empress due to her ability to translate many languages.

She left her role in 1905 and married a caucasian, Thaddeus C White. After the death of the Empress, Lizzie occasionally visited America and then eventually moved there in 1928. Once settled, she embarked on lecture tours to publicise her books and educate socialites about the Empress and life in the Forbidden City.

The Empress and Me is a fascinating piece of theatre that has the audience enthralled for 60 minutes thanks to a clever script from Ross Ericson, costumes from Laura Boseley and an engaging performance from Michelle Yim.

With only a bare black stage relieved by a slash of red curtain, card table, chair and an old case containing costumes, Yim takes us through Lizzie’s lecture tours, growing up, working in the Forbidden City and dealing with American socialites.

Yim’s performance is simple, genuine and heartfelt. A favourite section for me was her transition from giving a lecture on Chinese culture while wearing an elaborate Chinese court costume and then returning ‘backstage’ to give us an insight on how uncomfortable it would have been to wear these clothes and shoes for hours.

As interesting as the piece may be, it is the message the audience takes away that is powerful, namely the story of a woman who is trying to find out who she really is in multiple cultures but in which she feels she doesn’t really belong.

In the intimate setting of the Bakehouse Studio the audience was totally involved in Michelle Yim’s performance. The stillness during her sincere sections was palpable.

My only reservation was the red curtain which served as a screen for her to change. For me, it symbolised China and the opulence of the Forbidden Palace, but the creases in this curtain were distracting; it needed ironing.

Overall, a very educational, entertaining night with a message that has not changed over decades: what do you do if you feel you don’t fit in an ever-changing world?