A Flower for Moses 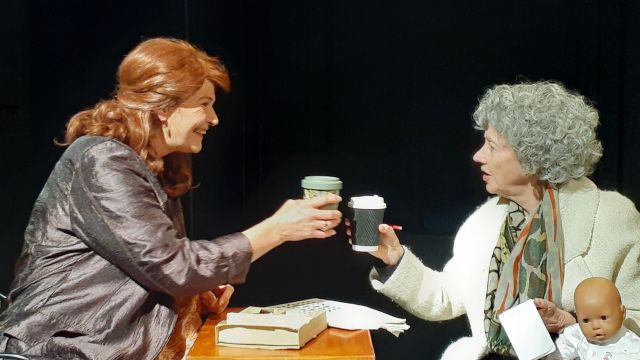 Here is a fractured tale of a mystery, guilt, missed chances, cryptic crosswords, and of memories lost and found.  Germaine (Uschi Felix) is resident in an ‘aged care facility’ in the country town of Trentham.  She says she was a journalist who covered the big stories.  She believes she still is – and her bedroom is her office.  She has the clippings of those big stories, but we are never quite sure whether her memories are true - or fantasy.  Germaine is fading into dementia – even if she’s still brisk, peremptory, voluble and can do the cryptic crosswords she loves.  But when her niece, Desiree (Clare Larman) visits, Germaine doesn’t know who she is.  She continually mistakes her nurse/carer Thomas (Daniel Deards) for her sister’s husband Fred – and yet he pours out his heart to her…  Gradually, if we pay very close attention, and are undistracted by certain production problems, a great deal of backstory, concerning characters we’ll never meet, is revealed in fragments. 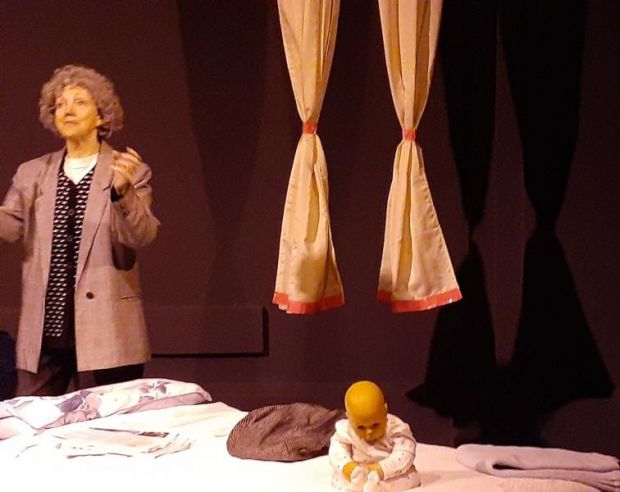 Clare Mendes’ concept is intriguing: a once sharp and adventurous woman, now an old lady, with uncertain and intermittent memories, finally achieves a revelation and solves a mystery via cryptic crossword clues.  A young male nurse is able, finally, to tell his guilty secret to someone whose understanding of who he actually is may be oblique – but is ironically perceptive.  Is that what he needed?  And a lonely woman ‘of a certain age’ will go on, unknowing, but with her resilience confirmed.

Nevertheless, in a time when ‘dementia stories’ are coming out (Florian Zeller’s The Father, the new Australian movie, Jj Winlove’s June Again) it’s possible Ms Mendes has simply packed too much into her play with a resultant meandering and lack of focus.  What, really, is the subject of A Flower for Moses?  Dramaturg and director Cathy Hunt, who has numerous prestigious credits, might have intervened more decisively.  The story depends heavily on backstory, but that means there’s too much of it - and what’s true anyway?  Nurse Thomas’ tale of his athlete star younger brother seems to have only a tenuous connection to the rest – and why does he persist in telling it to a woman who is off in her own world?  Desiree’s life and her sadness is, I guess, an ironic parallel to Germaine’s – but Germaine is insulated by her dementia.  With Desiree’s struggle to find a partner, the play breaks style when she meets an unseen internet date at a pub.  While the metaphor – and plot device – of the cryptic crosswords is neat and pays off, the title reference to the Bible story of Moses in the bullrushes, stretches things into the poetic obscure. 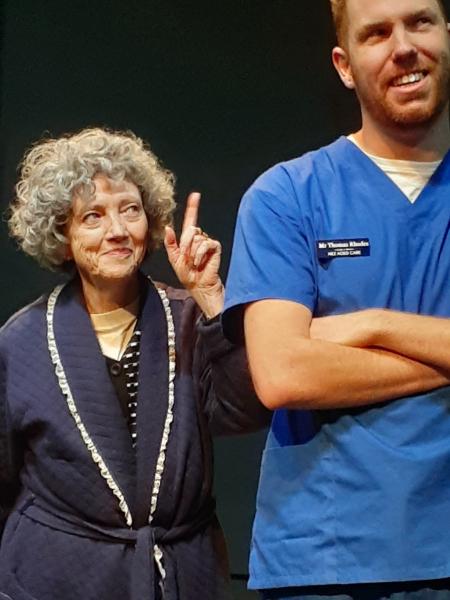 With these problems, it’s unfortunate that Ms Mendes is also let down by a cast who, despite their best efforts, create a barrier between audience and the complex nature of what Ms Mendes wants us to understand.  Cathy Hunt’s direction has been perhaps overwhelmed by the over-burdened text and DB Valentine’s design falls between naturalism and suggestion.  I don’t enjoy being as negative as I appear to be here, but A Flower for Moses is a text of real potential crying out for sharper focus and a better production.