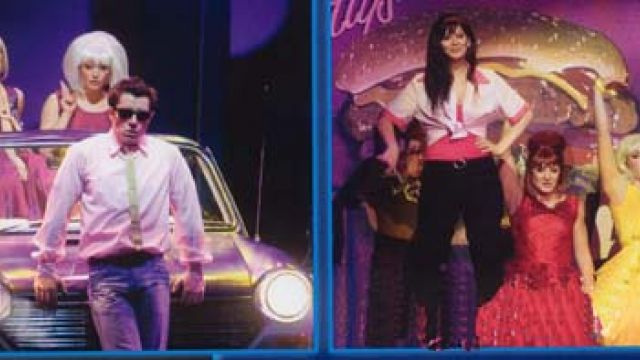 Dancing has been banned in Bomont, and when teenager Ren and his mother move there from Chicago it is up to Ren to do something about it.
Footloose is a pleasant American musical, set in the fifties, and based on the 1984 movie of the same name.
A great production moved very smoothly, with wonderful professional performances from the cast, though the sound was a little too loud, distorting the voices at times.
Drew Downing gave a remarkable performance as the hero Ren McComack. He has good voice and worked well with fellow performers Tori Whiteside and Tyson Legg.
Tori Whiteside’s stirling performance as Ariel captured the feel of a young girl trying to break away from family restrictions and falling for Ren, the new man in town. She and Downing had a good rapport, and presented professionally on stage.
Tyson Legg captured the character of Ren’s friend, the not so bright Willard - a good performance imbued with a great sense of humour. Ariel’s boyfriend Chuck, a bad lad, jealous of the new man in town, was played with finesse by Trent Bockman, who added the correct touch of evil to the character.
As the Reverend Shaw Moore who was responsible for the dance ban, David Gardette gave a good portrayal, with the right feel for a character who changed from a bigoted and worried man to an understanding father and husband.
Whitehorse Musical Theatre Company’s production lived up to their normal high standard.
Peter Kemp.