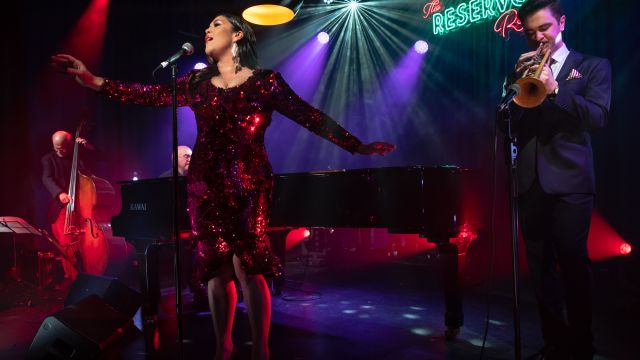 I emailed the publicist for The Reservoir Room asking if I could appear on the show to spruik the latest print edition of Stage Whispers Magazine, which we had triumphantly published during the pandemic. I expected the answer to be no, as they already had a brilliant line up of guests for their variety show broadcast which was on the next day.

To my surprise the answer came back to meet the producer half an hour before the show was to be broadcast! So when Friday night came around, I slipped out of my well-worn tracksuit pants and into my suit and snazzy shirt. Then I rehearsed my twenty second grabs.

When I arrived at the Paddington Town Hall I was ushered into the Green Room next to the TV studio, and I was surprised by the lack of a briefing about my looming appearance. Slowly it dawned on me that there had been a crossed wire. “Am I actually appearing on the show,” I asked sheepishly.  Oh no – said the producer. 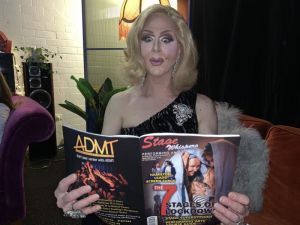 A little bruised about the mix up I consoled myself with a white wine and a cosy seat to watch proceedings on their big screen with other guests.

The Friday Night Live episode I watched was the last in their first season.

What a class act this is! The opening picture is shot from a drone, which rises to show the exterior of the beautiful Paddington Town Hall on Oxford Street at night in all its glory, and tilts around to peek at the Sydney Harbour Bridge.

Not content to use this trick just the once, during this episode host Catherine Alcorn pre-recorded a sequence singing “From A Distance” – in a Bette Midler impersonation - from the roof of the Town Hall. This segued into a zoom interview with Julie Gold from the USA, who is the composer of the song. Touché! 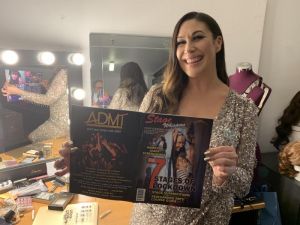 As James Corden has proved in the United States, performers can make brilliant hosts of variety television. Both Catherine Alcon and Rodger Corser are all class – knowledgeable, warm and cheeky.  It wouldn’t be Oxford Street without a drag queen – joining them each week is resident Goddess Verushka Darling, providing comedy and style.

The production standards of the variety show are of the highest order. The room itself is very cosy with cameras showcasing numerous angles – the highlight being a close up of tap dancing shoes.

On the night I attended, the entertainment included a beautiful song from Elenoa Rokobora, tap dancing from Matt Lee, a cool guitar routine from jazz/rock star Rai Thistlethwayte, a duet between Richard Wilkins and his son Christian, and side splitting comedy from Tom Campbell. 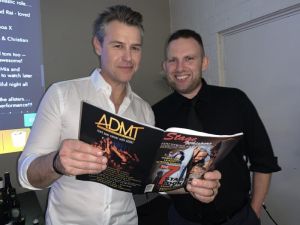 In between were punchy and insightful short interviews from the hosts, who knew what they talking about. As the episode drew to a close I could see they had no room for a magazine spruiker – so instead I ‘trapped them’ to have their photo taken with the magazine.

Highlights of the first series of Friday Night Live can now be seen free on The Reservoir Room’s Facebook page.

Other performances from the first cabaret series can be streamed for a modest fee at https://www.reservoirroom.com/

The Reservoir Room has given artists something very rare during this strange time – exposure and income – albeit from a distance.