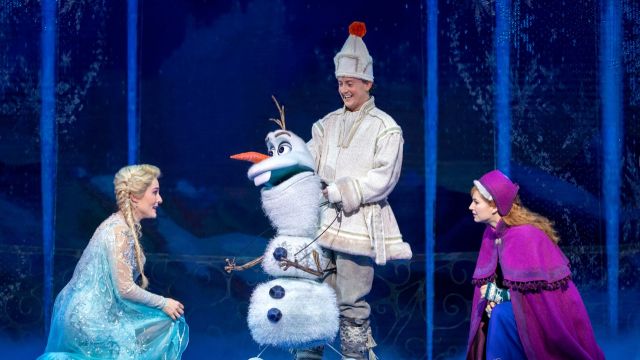 When the original movie swept the world like an out-of-control blizzard, Disney raced to adapt the hugely popular film into a musical, from script to stage, in just 18 months.

On the technical side it has done wonders – turning animation into theatrical alchemy.

It begins with sparks flying across the stage, when the sisters Elsa and Anna (as children) come to terms with the princess’s supernatural powers to turn things into ice.

When the sisters are cast out in the wilderness, all manner of visual tricks adorn the stage.

The proscenium (frame) changes colour – gorgeously - ice spears are thrust into the space from all corners, and in one scene an eye-popping number of crystals fill the space.

More traditional theatrical tricks of old are used to recreate challenging scenes from the film, such as a Snowman breaking into three and a lumbering reindeer. 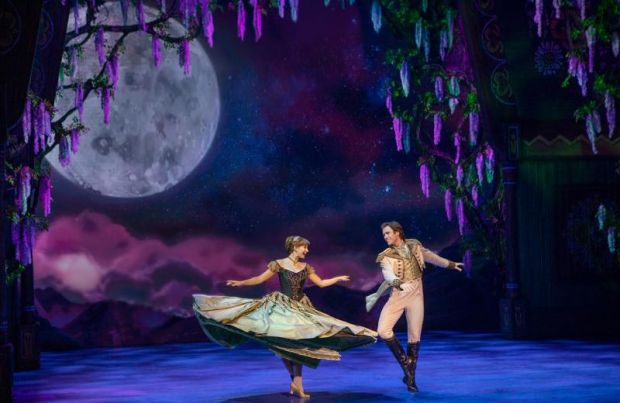 Perhaps the most stunning moment was a lighting effect which saw the characters appear to be frozen stone.

Anyone after the full Disney box of delights will be well satisfied with the way the film has become a piece of live entertainment.

But underneath the technical wizardry, Frozen feels at times two dimensional.  The central characters Courtney Monsma (Anna) and Jemma Rix (Elsa) sing impeccably. However, there is something missing in the book and music to make us warm to their relationship.

Unlike The Lion King, which is utterly mesmerising from the outset, and Beauty and the Beast, which is thoroughly enchanting from beginning to end, Frozen has some slow patches. Perhaps this is the reason why the musical is not re-opening on Broadway.

The male characters have more fun than the females. Matt Lee is delightful as the showman Olaf, masterly interacting with his puppet shadow. Thomas McGuane looks every bit the handsome Disney Prince gone wrong. Sean Sinclair as the ice carver Kristoff, and particularly his trusty sidekick reindeer Sven (Jonathan MacMillan) are irresistible.

The music, under the direction of David Young was sumptuous, with the song “Do you Want to Build a Snowman” coming close to dislodging that other ear worm “Let it Go” closely followed by “For the First Time in Forever”. 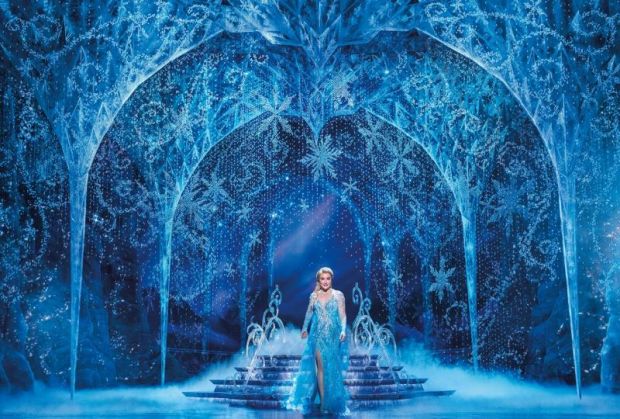 However, for me the most entertaining song and dance routine was by the chorus, in a rendition by a group of Norwegian nude bathers (suitably covered for the family audience).

The factor that influenced the whole experience for members of the audience was of course the shadow of COVID-19.  Everyone was required to register their attendance when walking in, and masks were compulsory inside.

This allowed the venue to sell tickets up to a capacity of 85%, a yardstick that appeared impossible to reach only a few months back.

The requirements for the Capitol Theatre are that the audience members enter and leave the theatre at different times - depending on where their seats are, but work needs to be done on how to handle interval, which felt  like a free for all.

Onto the stage after the production slipped Disney Theatrical Producer Thomas Schumacher. Whilst the situation in the United States is getting progressively worse, with any prospect of theatres re-opening perhaps a year away, how fortunate was he to be on stage in a crowded theatre at this time.

How lucky we are – he noted – to live in a country which has a “functioning Government.” Perhaps that was the best line of the night. 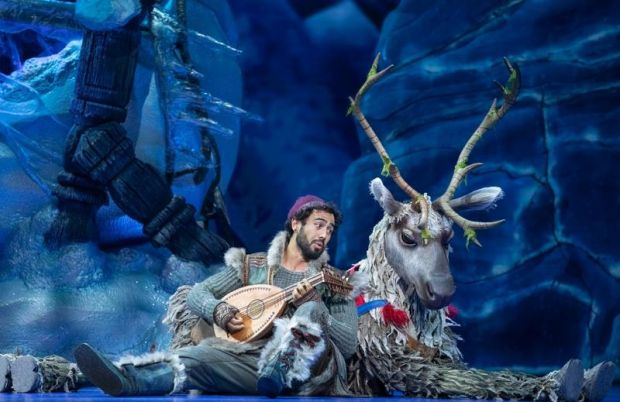 Stage Whispers Editor Neil Litchfield was also at Opening Night, and adds a few of his thoughts.

While a huge Disney cinematic hit is a tough act to follow, there’s much to like about the current blockbuster at the Capitol Theatre.

Dazzling scenic and special effects held me quite spellbound at Frozen, going about as close as you could hope to emulating the magic of the film’s computer-generated animation for the stage.

But I wasn’t just humming the scenery (to use the old cliché) as I left the theatre.

Olaf the Snowman and Sven the Reindeer translate to the stage by far more traditional, yet totally delightful theatrical means (including puppetry) which I won’t spoil with further description, saying only that they totally engaged me.

The antics and dialogue of many of the supporting characters are, as you’d anticipate, cartoonish (and a bit corny), often served up with vaudeville schtik and a dash of old-fashioned musical comedy (notably the Act Two opener “Hygge”), yet the central story of the love of two sisters pulls the show back to its heart. 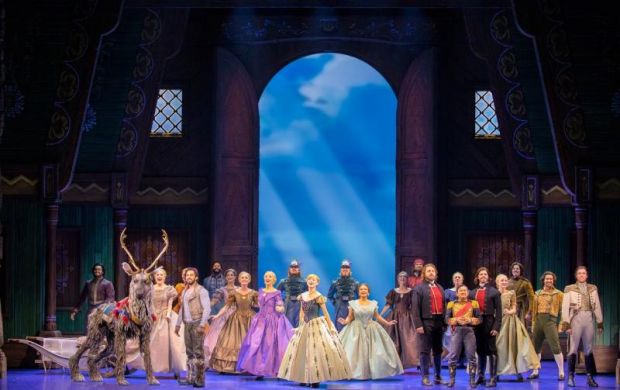 Heading this fine Australian cast, Jemma Rix (Elsa) and Courtney Monsma (Anna) deliver heartstring-tugging performances, emotionally and vocally delivering on a score which calls for a range from introspection, to letting rip with the show’s multi award-winning hit “Let It Go”. They, and their child counterparts, make me care, even if the script sometimes makes sudden leaps and feels a bit thin.

The orchestra and sound mix compares more than favourably to your favourite Disney soundtrack.

So now, like Matt Lee’s exuberant snowman Olaf, everyone can enjoy a very Disney Summer at the Capitol, with the glorious former picture palace an apt home for the spectacular sceen to stage hybrid Frozen.