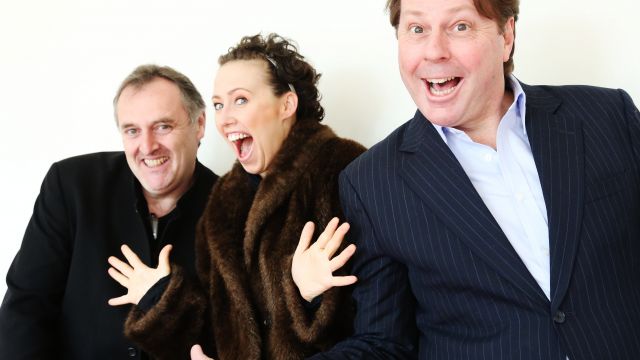 Back in the 80’s Melbourne had a large number of theatre restaurants and cabarets where a show like this could sit comfortably and be aided by the addition of a glass…or several bottles…of something alcoholic. Now, cabaret shows are largely pushed into spaces like the terrific Chapel off Chapel, and it’s not the venue’s fault that the change doesn’t always work.

Genesis to Broadway starts out with an interesting premise. How did the music of the Jewish people make its way from the Creation to the Broadway stage? Cole Porter always said that he “borrowed” the minor chords from traditional Jewish chants for such songs as Night and Day, so I was excited by this journey. But after a brief introduction to Adam and Eve, a joke about Jesus being a good Jewish boy and some haunting Jewish music that raised goosebumps, we were suddenly in Spain and listening to Man Of La Mancha. Once over that diversion we were back to the Holy Land….and then jumped to Broadway. It was confusing, with many overt Jewish gags that failed to garner laughs. I am told I am much too hard on criticising scripts (Hey, scripts are my thing), so I will just offer one snippet for you to savour, without comment from me…After several attempts to nail the source of a quote:-

Despite much being made about the influence of Jewish music, there is not a single mention of Broadway greats like Irving Berlin, Bernstein, Jule Styne, Stephen Sondheim, Stephen Schwartz, The Gershwins etc; though some of their songs are heard. Yet great pains are taken to explain George M Cohan’s contribution to “The Great White Way”, despite him being an Irish Catholic. Perhaps they thought his name was Cohen. After a rendition (“from the verb render….meaning to tear apart” – another old joke) of  “Where is love?” from Oliver! ( Lionel Bart’s shows  premiered on the London stage – not Broadway) the first half closes with “Over the Rainbow” a song written for a Hollywood film, again not Broadway.

The second half is more successful, largely because there is little dialogue, lots of good Broadway tunes and the pace is much better. Warren Wills is a fine MD and pianist and I would prefer to listen to him and his anecdotes for two hours. He keeps a tight rein on his musicians but isn’t able to help onstage with some harmonies which are pitchy in places. Fem Belling, clearly talented, overworked, but this was possibly due to first night nerves. Or perhaps she was angsting over easily the most ugly costuming I have ever seen. Andrew Dunne does seem like he would be more at home in the ensemble of a bigger show. Lachlan Davidson and Gideon Marcus are both good musicians who work well with Wills’ high standard of arrangements.

Staging is awkward and Stephen Agisalaou (whom I know to be a great choreographer) seems ill at ease with Broadway dance styles – or perhaps the two principals are not dancers. The anecdote is told about one critic of Oklahoma! writing a review which just said “No legs, no jokes…..No chance”. Cruel but succinct…and he was wrong. It’s possible that I am too.