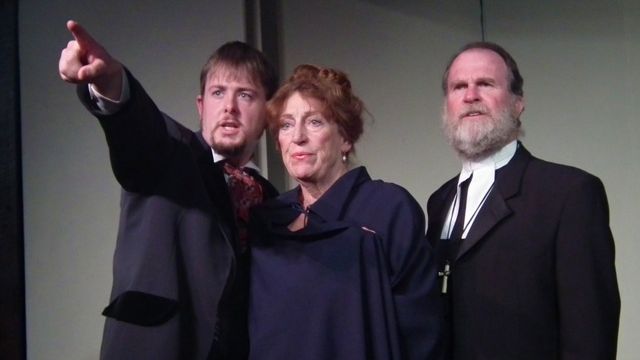 It’s always reassuring when community theatre companies veer off the trusted path of farce and classics and venture into what might be perceived as more ‘risky’ territory – by either staging brand new, cutting-edge works or perhaps riskier still, taking one of Ibsen’s vehicles for a spin.

Ghostsis perhaps not one of his most well-known plays, but it was certainly one of his most controversial. At the time of its 1881 release, The London Daily Telegraph called the play "an open drain; a loathsome sore unbandaged; a dirty act done publicly; a lazar house with all its doors and windows open."

With a description like that, who could resist? Anything that retrospectively rips into ‘social mores’ is always a guilty pleasure, but the way this play delicately dances around the topics of desire, infidelity, ambiguous paternity and venereal disease (STI’s for you Gen Y readers) with such voluminous prose – it’s a fascinating, (if wordy) piece to chew over.

The less-experienced members of the cast rose to the occasion with commitment and enthusiasm, but Annie Bilton and Paul Russell are stand-outs, giving nuanced, absorbing performances. The set design comprised equal parts authenticity and artistic interpretation – which seemed more incongruous than evocative and a tad restrictive, but this minor distraction was smoothed over by clever lighting design and truly mesmerising performances.