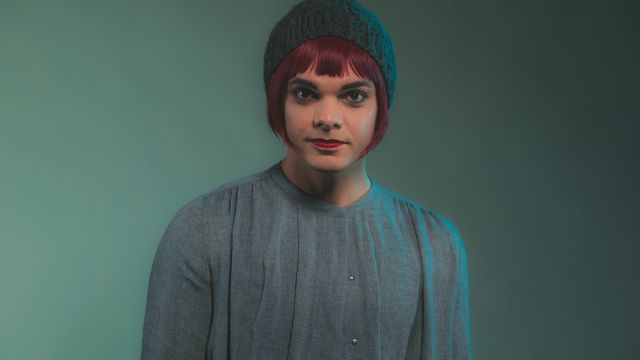 After a journey to Brisbane’s Powerhouse catching post-work-commute conversations about spreadsheets and kitchen renovations, Cassie Workman’s performance in Giantess is like a lifeline to a fresh stratosphere. More multi-layered than mere mash-up, Giantess is a finely honed performance piece. Like all excellent comedy, it has an underlying sorrow that nails life truths that we can all relate to. It builds a central story – a fractured fairytale, complete with illustrations and keyboard soundtrack – with stand-up asides about life, her transgender journey, psychology, family, and an analysis of comedy itself. This is a genuinely unique comic perspective. As Cassie says ‘I’m niche, but I can’t be THAT niche because people keep turning up to my gigs!’ This reveals her mix of self-effacing wit and charm that makes this show irresistible, very funny and also very moving.

Remember when trolls where just creatures in fairytales? Of course now we have online trolls far worse than anything living in the dark under a bridge in our imagination. Cassie Workman has encountered both types. She deals with it like all good comics – by mining it as a rich seam of material, dug deep from life. But of course, the performance speaks to all of us. When those capital letters PUBERTY appear on her flipchart, we all cringe. Especially when Cassie points out that the hormones she takes to transition force her to experience puberty a second time! (Oh, the horror, the horror! On the up side, we have Cassie’s take on adolescence, perimenopause and menopause to look forward to.) 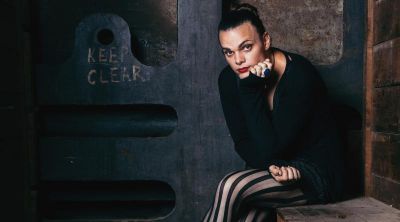 Cassie’s humour is not always based on her transgender – but some of the funniest gags are due to her individual view of the world. The pace of the show is just right and the humour is inclusive and there are comic moments for everyone. It’s hard to give a flavour of the humour without ruining the punchlines, but I for one love a good gag about pedantic spelling, and her take on travel card top-ups is just brilliant observational humour. When Cassie reveals what she misses most about being a man – ‘mainly pockets’ – all the ladies in the crowd burst into laughter of exasperated recognition. There’s a related joke about medical progress in gender reassignment surgery that is absolutely hilarious – but no more spoilers here. I was not surprised to read that Cassie has been head writer and on teams for popular and cult ABC TV comedy shows and has recently been snapped up by Shaun Micallef’s Mad as Hell.

The really funny thing about this show is its undertow of overwhelming catharsis. As the girl in the fairytale comes to terms with herself, it genuinely become easier to breathe. At one time or another we’ve all asked ourselves: ‘Why can’t I wear that?’ And maybe you will leave Giantess believing too that it’s better to be true to yourself – so wear that sparkly dress, that leather jacket, those high-heel shoes, and have a jolly good laugh while you’re at it.