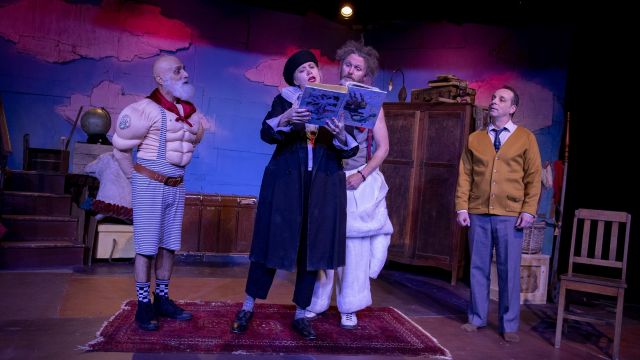 Imagine the grief of a travelling salesman who wins a fortune in the Opera House Lottery, only to see his eight-year-old son kidnapped for ransom and then found murdered in bushland.

Australia’s first kidnap-for-ransom case in 1960 is the inspiration for this tender and strangely funny new play by Richard Sydenham, who directs, and Jamie Oxenbould, who plays a version of the grieving father. 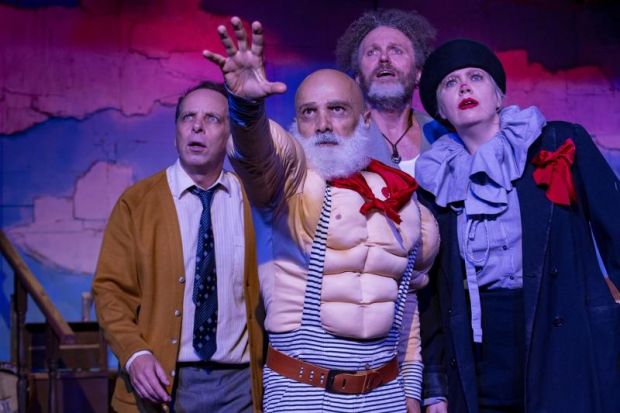 With his suitcases Frank, all at sea, inexplicably arrives on a pantomime sea deck inhibited by three circus performers.  Pepe the kindly clown (a nicely gauche Evelyn Snape) never stops farting; Andy (Andy McDonnell) is a easy-going polar bear who sleeps in a cupboard; and Guy (the droll, hilarious Arky Michael) is a moody French strongman in a muscle suit.

Their endless routines and thoughts on how to keep their performing skills fresh leaps between insightful, tender and bitchy, and ultimately Frank breathes easy in their onboard fun - and we laugh heaps. 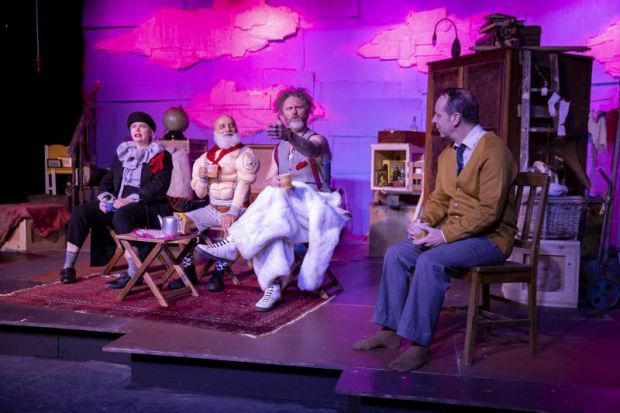 But Frank sees the horror shark on the horizon. On either side of the stage Frank’s wife (Katie Fitchett) and son (Sarah-Jane Kelly) play out the last domestic days before Jeffrey is abducted by the Shark/Man (a creepy, besuited Richard Ross).

The boy we see leaves behind three dolls on his bed – we learn it’s the same mad performers on the boat which gave his Dad a pathway from grief. 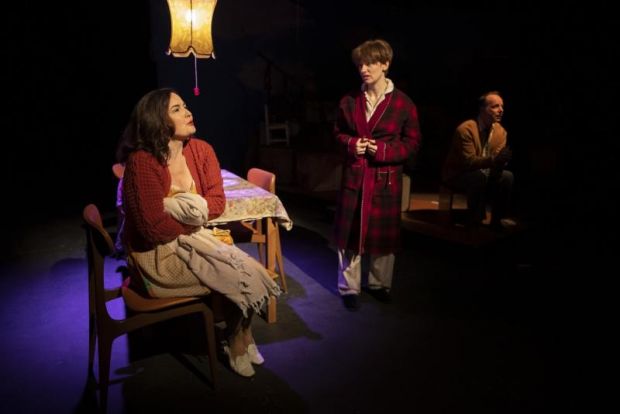 This is an artfully delivered production of a moving, yet hilarious play, mixing times and fantasy, but always clear and compelling. Hannah Tayler and Kate Fitchett are inventive designers of set and costumes, matched by Grant Fraser’s lighting. It’s a joy to see new creatives and very fine cast take to the stage at the New.