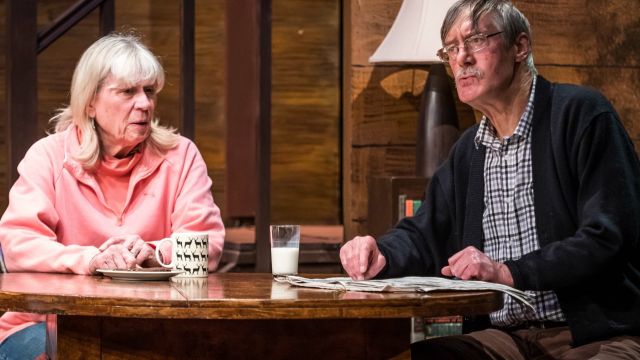 On Golden Pond was first performed in New York in 1979 and consequently adapted into a screenplay in 1981 starring Henry Fonda and Katherine Hepburn. The play has since been produced in 40 countries. In 2005 Ernest Thompson revised it and it was produced on Broadway with a full African American cast.

Norman and Ethel Thayer are spending summer, as they do every year, in Ethel’s family holiday home on Golden Pond. Norman, about to celebrate his eightieth birthday, is a crusty old chap, but his sense of humour belies his apparent grumpiness. Ethel, his tolerant and patient wife, has lived with him long enough to see beneath his curmudgeonry – “You are really the sweetest man in the world,” she says, “and I’m the only one who knows it.”

Their daughter Chelsea, now working in Los Angeles, has been estranged from Norman for many years. When she and her new boyfriend Bill, a dentist, visit for Norman’s birthday, they bring his son Billy, whom Ethel invites to stay for the summer. 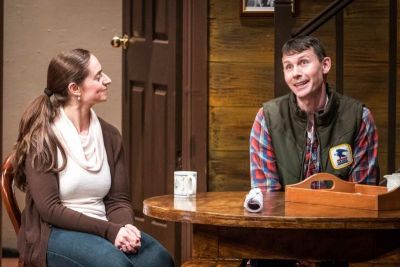 Director Valerie Miller takes the family through the challenges and joys this brings in a production that accentuates the charm of the characters on a set that captures the allure of the old home. Designed by Maureen Cartledge, it uses an open frame style that allows views of the lake and the surrounding scenery. This is a place of comfort and fond memories.

Dave Kirkham and Carole Grace play the ageing Norman and Ethel. Both physicalize the characters well and make the most of Thompson’s very carefully crafted dialogue and the humour interwoven in the lines. The short responses and little ‘digs’ at each other are those of a couple who know each other’s idiosyncrasies too well and have shared much together.

Kirkham and Grace establish this relationship well, appearing quite at home with each other on the stage. The pace, however, in some scenes is just too slow, especially in the second act, where the enlivening effect of having a lively young person in the house needs to be more evident.

Ricarda Emanuel plays Chelsea with diffidence and a little anxiety evident in tense responses and taut body language. Her relationship with Norman is strained based obviously on his treatment of her in the past. Away from him she is confident, and she is prepared to try again because of her new relationship with Bill Ray, played by Ben Freeman, who makes the character just a little too jumpy and over anxious, especially as he reacts to Norman’s taunting. He is much more believable when he confronts Norman with some of his own medicine. 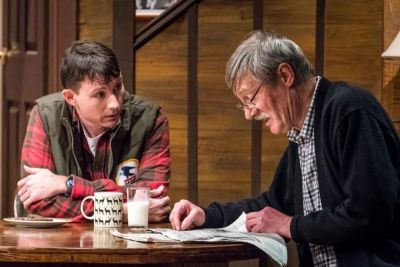 Young Brayden Sim is his son, Billy, a bit of a live wire who is completely unaffected by any of the tension between his elders. Sim gives a bright, convincing performance and brings some fresh, necessary energy to the production.

Even the smaller roles in this play are deftly conceived.  Charlie, the postman (Daniel Boole), is a local who has known the family for years and has almost grown up with Chelsea. He is trusting and gullible – and laughs a lot – and Boole makes him suitably naïve.

Stage manager Maia Hadley doubles as the telephone operator, written as a real character in the 2005 revision of the play. Hadley and Kirkham get the pace just right in these two scenes, finding the humour in the timing as much as the words.

The dialogue in this play is very natural, the humour very cleverly contrived and the characters very skilfully constructed. This production meets the challenges such writing requires. It is warm and comfortable and engagingly entertaining.