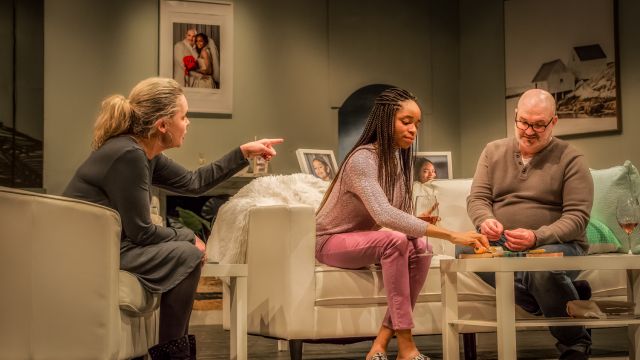 Good People is the brilliant new offering from The Adelaide Repertory Theatre. Written by David Lindsay-Abaire, himself a ‘Southie’ from Boston, and skilfully directed by Nick Fagan, this is a piece of not to be missed theatre. Originally premiering on Broadway and starring Frances McDormand in the title role, we should be very grateful Nick found this play and decided to share it with Adelaide audiences.

On curtain up we are immediately drawn into the cluttered, dishevelled Southie area, a blue-collar Irish neighbourhood of Boston, where we meet Margaret Walsh (Rachel Burfield), a worker at the Dollar Store who is given her marching orders by the younger manager Stevie (Curtis Shipley) for her persistent tardiness. Our initial feelings towards Margaret are empathic as we see a desperate single mother, with a mentally challenged daughter, clinging to her job. She verbally writhes and worms to retain her position. The scene then segues cleverly to her kitchen, where we meet her acerbic and funny landlady Dottie (Lyn Crowther), creator of hideous rabbit ornaments and her friend Jean (Cate Rogers). Both are the epitome of battlers and the conversation and setting, build understanding of the difficulties of living in an area where everybody knows everybody, but all are helplessly trapped. 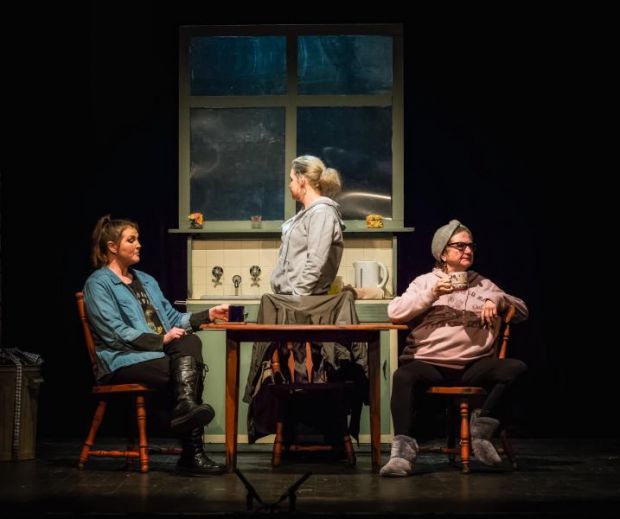 Margaret is now financially in trouble as she owes rent to Dottie and needs to support her daughter. The only option seems to be to work at Gillette on an assembly line, until Jean tells Margaret that her old flame, and also ex- Southie resident, Mike (Nicholas Bishop) is working as a doctor and could present an option for a job.  Margaret then decides bravely to speak to Mike.

The play is clever in even creating walls between Margaret’s life and the new life Mike has built for himself in many ways - even through not returning Margaret’s phone calls and a reception desk which makes it difficult for her to ‘get’ to him.  The conversation between Mike and Margaret on their first meeting since he left for college begins pleasantly, but a crunch moment comes when Mike describes his life as ‘comfortable’. Margaret’s response to this is that hers is ‘uncomfortable’. It is from this pivotal moment that we learn just how uncomfortable and see the insurmountable class divide between those who make it out of Southie and those who are left behind. 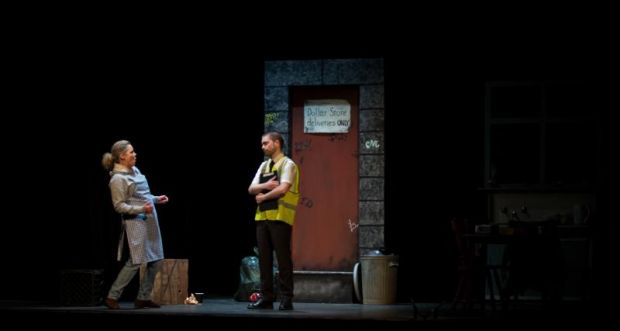 Mike reluctantly invites her to a party for his birthday in the wealthy Chestnut Hill area of Boston on the following Saturday. Margaret becomes suspicious, however when the party is cancelled due to the illness of Mike’s daughter and resolves to take herself there anyway.

Act Two finds Margaret at the beautiful home – a stark contrast to the world she lives in, where there are choices - metaphorically shown through the wines and varieties of cheeses she is offered. We meet Kate (Rhoda Sylvester), Mike’s substantially younger, African American wife who is open and welcoming to Margaret - not at all the stereotype of what Margaret perceives to be the ‘sort of people’ that live in this world. It is in this act that the real issues and confrontations occur and the ‘uncomfortability’ really ramps up. There are many clever metaphors in the play as what it is to be ‘good people’ is explored.

Rachel Burfield as Margaret is a ‘tour de force’. On stage for the entire show, she embodies the character to perfection. Her physicality is wonderful: subtle nuances and affectations with movement and strong stage presence contribute to a mesmerising performance. The brittle sharpness of the character is great to watch. Her Bostonian accent also is faultless. 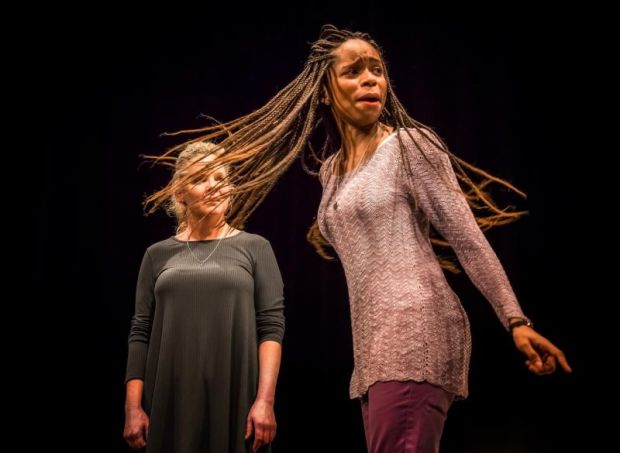 Nicholas Bishop likewise is strong and cleverly layered as we watch him cling to the gradually cracking façade of his new life. A commanding actor with true depth to his performance.

Dottie is beautifully played by Lyn Crowther. She is tacky, rough and a true survivor of this tough neighbourhood. Crowther delivers some of the most hilarious lines in the play with perfect comic timing.

Jean, played by Cate Rogers, is strong and delivered much of the time with a dismissiveness and numbness that is borne of a hard life. Her volume at times was not as strong as other cast members, however.

Stevie played by Shipley is a lovely character, played with good understanding. He is probably one of the truly likeable characters from the neighbourhood. A solid performance. 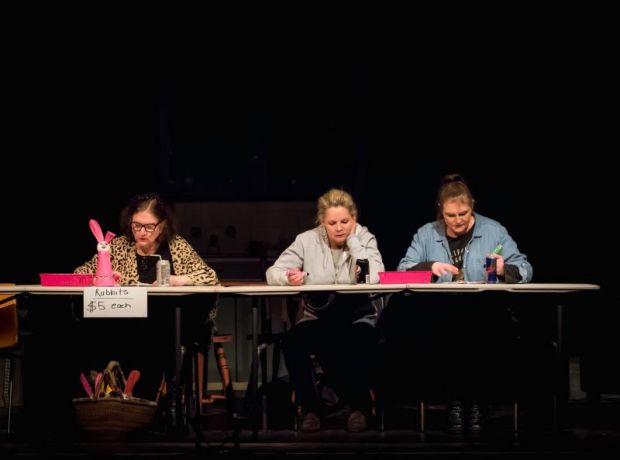 A standout performance was given by Rhonda Sylvester, playing Kate. She embodied the character with thought and openness, and likewise, a lovely nuanced characterisation.

Nick Fagan’s direction of Good People is clever - he captures the claustrophobic Southie area well, utilising the front part of the stage and contrasts this starkly with the open, pastel calm tones of Mike’s Chestnut Hill home. Brittany Daw’s set design hits the mark. The idea to use lighting (designed by Richard Parkhill) and music transitions (Sean Smith) between scenes which allow for fluid segues and the introspective spotlit moments for Margaret, is a very clever tool.

Colour is also used well in this production. The Southie world is harsh, dark - cleverly highlighted by the looming black curtain behind. Costuming by Heather Jones emphasises this, in using dark black and grey for these characters and lighter pastels for those in Chestnut Hill.

This is a wonderful, albeit ‘uncomfortable’ night at the theatre. There are outstanding actors in this cast and a story that is compelling. It truly leaves you wondering how even we, in our ‘comfortable lives’ could have our world unravelled in one shattering moment. Are we really all ‘good people’?