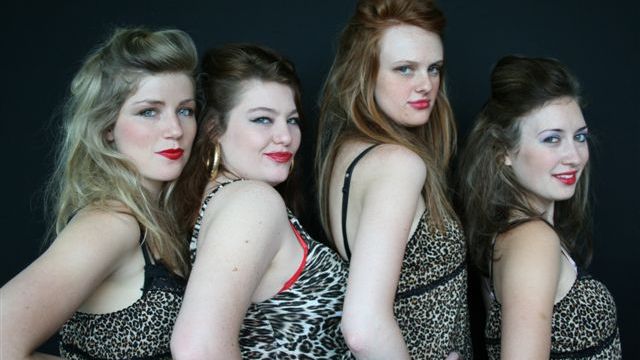 David Brown, the head acting teacher and director in the Hunter TAFE stage and screen performance courses, has the knack of choosing little known but thoroughly engaging musicals for the students’ end-of-year shows.
The 2009 entry, The Great American Trailer Park Musical, was the Australian premiere of a work that has been staged worldwide since its premiere in New York in 2004.
It’s a look at the lives of the residents of a mobile home park in north Florida that mixes satire of and sympathy for the colourful characters in a satisfying way.
The jovial mood was set in the lively opening song, This Side of the Tracks, where the residents make it clear that having a low socio-economic status doesn’t prevent them from having dreams and fun.
The story quickly focuses on Norbert (Chris Vernon), a highway toll collector, and his agoraphobic wife, Jeannie (Stephanie Priest). Jeannie hasn’t left the couple’s trailer or shown romantic feelings since their infant son was kidnapped and not found 20 years earlier, so Norbert has taken to spending his nights at a strip club. There he meets sassy pole-dancer Pippi (Kia Pugh), who, coincidentally, has just moved into a trailer near his.
While the trio are the central figures, the writers haven’t neglected the other residents in their songs that blend bluegrass, jazz and country-and-western with more familiar musical theatre idioms.
The Great American TV Show, which put the dilemmas faced by Norbert, Jeannie and Pippi into the context of the daytime TV interview shows that Jeannie avidly watches, was a roof-raiser, but the quieter numbers, such as Norbert and Jeannie’s duet The Owner of My Heart, were just as effective.
Ken Longworth