Gross and Klein (Big and Small) 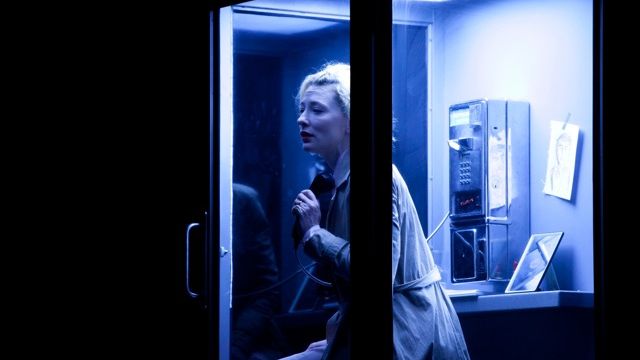 The audience gets more than their money’s worth from Cate Blanchett as the troubled lead character Lotte Stein. In the course of three hours she presents a kaleidoscope of motion and emotion; a spinning diamond shining different shades of light and feeling across the stage.

One minute she is dancing and tearing around, waving her arms wildly. The next she has collapsed to the floor. We see her fight, have a piece of wood smashed over her head and bleed in intimate places.

But did the play sparkle as much as her performance? Was the narrative as gripping as the direction and acting craft? Not in my view. 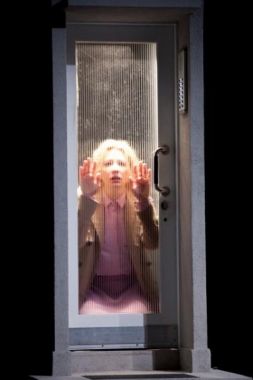 Botho Strauss wrote Gross and Klein in the late 1970’s, in what was West Germany. It was staged by the STC twenty years ago with Robyn Nevin as the lead and did not attract a big box office.

If not for the passion of Cate Blanchett for the play, it’s doubtful that it would have been revived at this level.

Gross and Klein opens with Lotte Stein inside a Morocco hotel on a Contiki like tour.  She listens to the conversation of two men outside.

“Did you hear that,” she repeats lustfully. Lotte keeps fiddling with her underwear, as she yearns for the men to join her upstairs.

Lotte Stein is described in the play as being “on edge”.  More like over the edge and almost completely crackers.

Her marriage to a newspaper feature writer is on the skids.

Gradually pieces of the puzzle of her life are presented.

Over ten scenes she meets other characters some of whom are just as “on edge” as she is.

The most amusing were at a BBQ which included a leering, sweaty young man played sublimely by Chris Ryan and his hilarious barking angry father played by Richard Piper.

Adding to the intrigue was the extraordinary set.  Johannes Schutz, no less than a Professor of Stage Design, put it together.

All that was presented was one or two pieces of the scene, on a bare stage. Sometimes it was just a phone box – or a few chairs, or part of a wall.

An apartment block was portrayed by a two-storey structure that was just two metres wide and wheeled on stage. Cast squeezed inside, walked up steps and disappeared into goodness knows where. 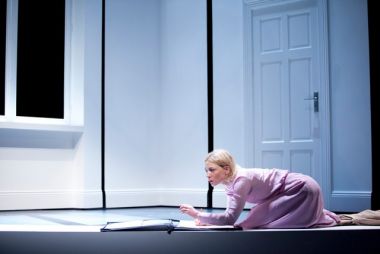 At least it will be easy to pack the set into a shipping container when it tours Europe.

Gross and Klein will make some members of the audience uncomfortable and won’t be the blockbuster for the STC that Uncle Vanya and A Streetcar Named Desire, which also starred Cate Blanchett, were in recent years.

Having dished up something quite unusual, albeit of extremely high quality, the challenge for the STC will be to keep the audiences, drawn to the company by its on stage star, coming back in the years to come. 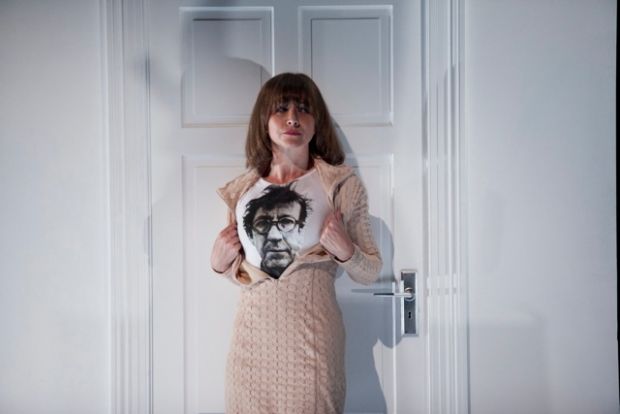 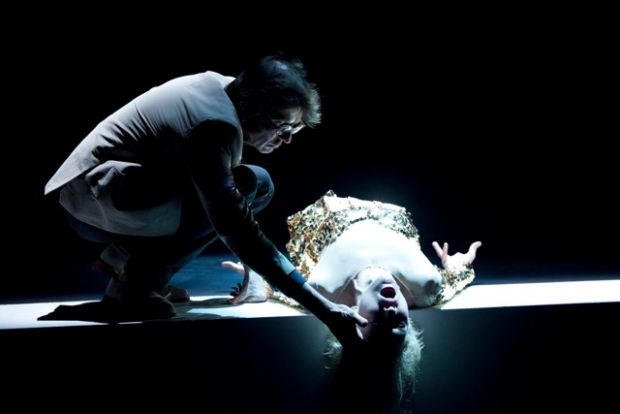 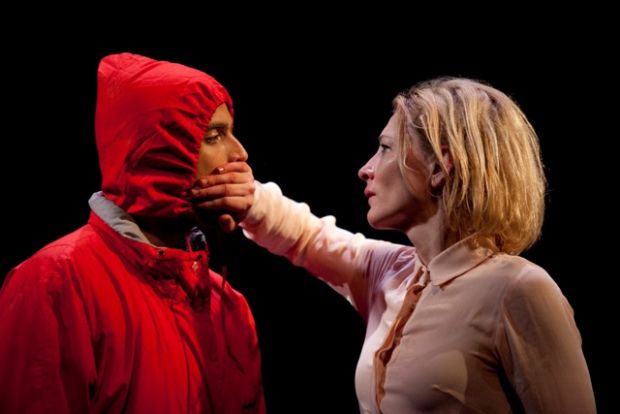