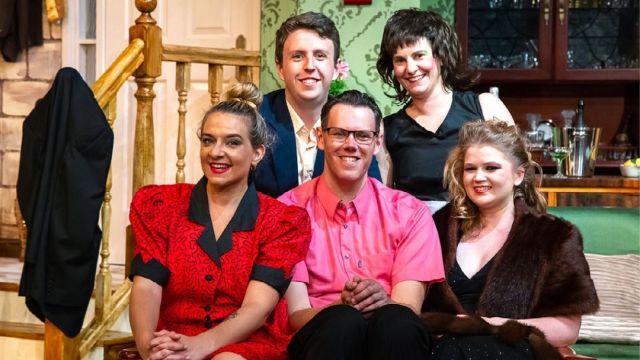 Tea Tree Players celebrate their post-covid relaunch with Happy Birthday by the French master of bedroom farce, Marc Camoletti. Reopening small community theatre after last year’s lockout was never going to be easy, but TTP have done it safely and efficiently.

Any patron’s fears are quickly allayed by a short video message from the President outlining the covid management procedures to ensure the safety and enjoyment of the audience and performers.

In fact, the gentleman next to me commented that this was a small price to pay to get back into the theatre!

Happy Birthday (written in 1979) is a distant cousin to Camoletti’s most famous play Boeing Boeing (written in 1960) in that it uses three of the same characters, Bernard, Robert and Jacqueline.

Following a familiar farce structure, Bernard has invited best friend Robert to his country place for the weekend. Bernard's wife Jacqueline is excited because she and Robert have been secretly carrying on an affair. However, Bernard has invited his mistress Brigit for his own pleasure, hoping to pass her off as Robert's girlfriend. A new layer of complication is added by another Brigit, a maid hired for the weekend who, of course, is mistaken for the Bernard’s Brigit.

Tea Tree Players are justifiably famous for their sets and Happy Birthday is no exception. Six doors on a small stage are difficult to manage without the set looking crowded but thanks to patterned moss green wallpaper, woodgrain bannisters, white woodwork and director Sam Creighton’s clever design, the room looks expansive.

Creighton’s direction is also impressive. The characters are well drawn and the action flows smoothly and naturally. The pace of delivery is impressive. The play rockets along with almost no chance for we, the audience, to draw breath. Act I is a long act and could have dragged without this pace and some ingenious physical comedy. 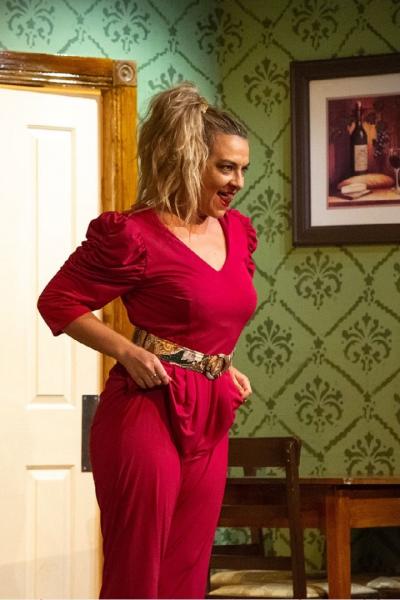 Adrian Heness (Bernard) and Kieren Drost (Robert) carry the weight of the play and it is obvious there is a real chemistry between the two performers. Their styles complement each other and their timing is spot on. Heness’s Bernard is reminiscent of Basil in Fawlty Towers. His attempts to create the perfect extra-marital liaison against all odds are hilarious. Drost’s fraught Robert, caught in an ever-increasing web of lies results in some of the play’s funniest moments, particularly the seduction scene in Act II with Jacqueline.

Chanelle Le Roux (Jacqueline) is a perfect foil for her husband. Outwardly long suffering but yearning inwardly for Robert. She looks a million dollars and possesses a convincing English upper crust accent. She builds her frustration well and really ‘comes into her own’ in Act II particularly in her scenes with Robert. There were a few occasions early in the play when the speed of her delivery caused some lines to be lost but this quickly settled.

Selena Carr (Brigit - the maid) is a dynamo onstage. Her character is as outrageous as her makeup. She never drops her energy and ‘makes a meal’ of every line and situation. Her consumption of anything alcoholic on stage is admirable making her drunk scenes a riot.

Alicia Foster (Brigit - the girlfriend) plays Bernard’s indulged girlfriend to the hilt. Dripping in glamorous outfits and furs she struts her way through the convolutions created by the other characters. 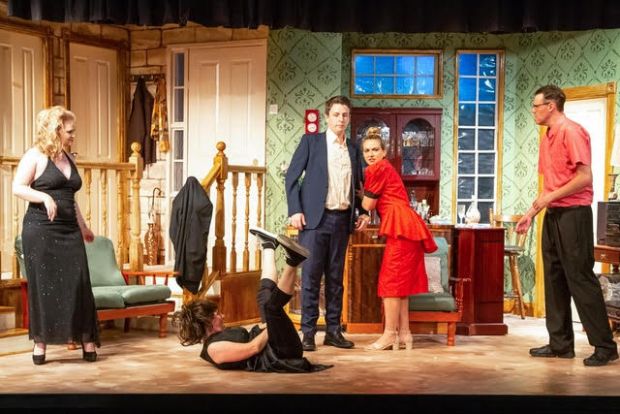 The costumes by Jo Allenby and the Monday Club transport us to the colours, styles and makeup of the late 80s. Beth Venning’s props were also appropriate to the period. Lighting and sound by Robert Andrews and Mike Phillips complete the finished ‘product’.

My only slight reservation was the size of the dining table. It seemed too small to seat three, let alone four. Granted it has to endure a lot of physical action and the set is small so there was not a lot of space, but perhaps a dropside table would have been more believable. However, this was a minor distraction in an otherwise excellent production.

Happy Birthday is a highly entertaining start to the re-emergence of community theatre and a great night out!