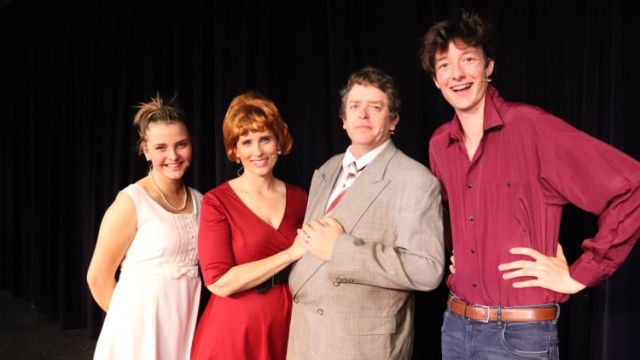 The Murray Music and Drama Club’s production of Happy Days is a nostalgia filled trip back in time. Based on the TV series of the same name, and written by the series’ creator, the show is good, clean, fun. 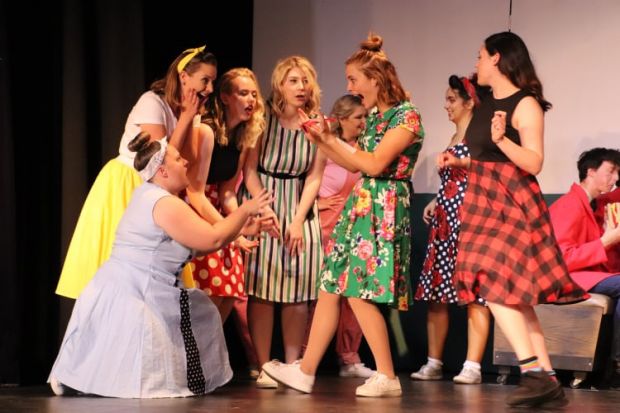 The Cunningham Family are all there, in all their early 1960s glory. Lori Anders is a gorgeous Marion Cunningham, housewife supreme and almost unrecognisable in a red wig. Peter Bonner is likeable as her husband Howard. Bryan Bonner captures both Joanie’s sweetness and independence. Alex Petrucci is strong as Richie Cunningham. 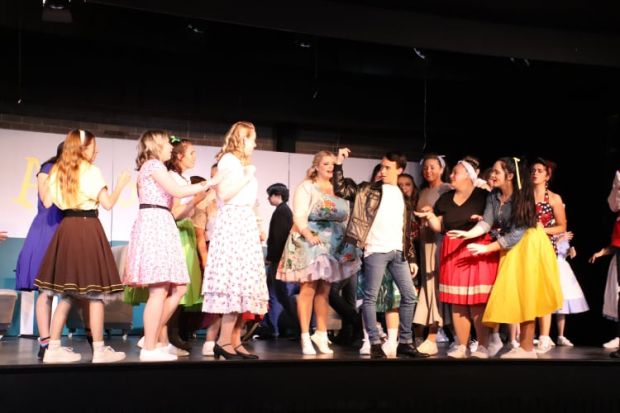 Some of the most memorable guest characters from the TV series make appearances in the stage show. Cooper Gray (in a strong stage debut) and Joel Gal team-up to play the larger-than-life villains-of-sorts the Malachi Brothers, Alexis Good is a fiery love interest with plenty of sass as Pinky Tuscadero, with Trevor Delaporte (Arnold), Greg Hatton and Jarrad Thomas nicely completing the core cast

An ensemble of over twenty performers provide colour and support, playing waitresses, members of the Leopard Lodge and a myriad of smaller roles.

Working to a backing track, under the vocal direction of Jacky Creelman, the music has the audience bopping along. Elysia Miller has provided of-the-era choreography, executed with energy and enthusiasm. 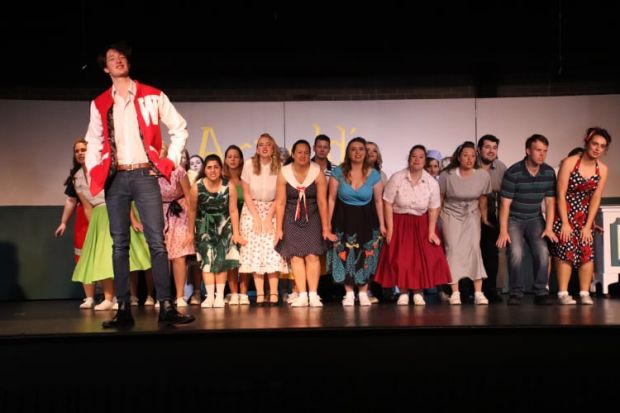 Happy Days is a show that evokes lots of happy memories and leaves its audience smiling.