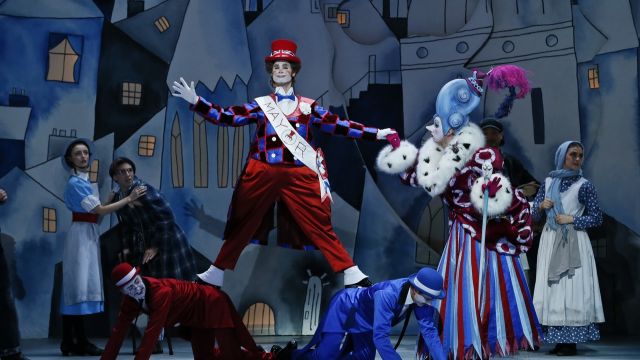 Despite the Australian Ballet’s wildly inventive production of Oscar Wilde’s The Happy Prince, the piece is curiously lacking in dance. A pas-de-deux between the two leads, Adam Bull (Prince) and Marcus Morelli (Little Swallow), and some exquisitely brief sequences with the Little Match Girl (Benedicte Bemet), classical ballet per se is missing. But there’s plenty to please the eye in Graeme Murphy and Kim Carpenter’s playful, sad, and irreverent version that’s alive with child-like magic.

It’s entirely appropriate that Murphy has been engaged to create a new work for the AB in this, Artistic Director David McAllister’s last year at the helm. After all, Murphy reinterpreted a stunning “Swan Lake” 20 years earlier when McAllister took over the reins. Carpenter comes to the project having already creatied a highly successful version for his Theatre of Image Company. 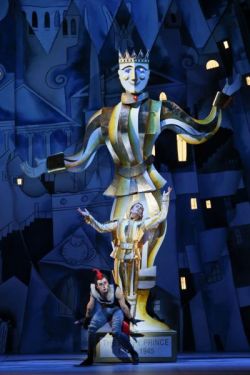 The Happy Prince is set in post war Britain and the Little Swallow has been given a family who fly south to Australia, taking advantage of the ‘ten-pound Pom’ scheme. The Swallow’s unrequited love is Rita Reed (Serena Graham), one of the Reedettes, a kick-line of Tivoli chorus girls, and when he flies to follow his family, it’s on a flying harness a-la Cirque du Soleil. The finale in heaven takes place on a sun-drenched Aussie beach. Carpenter’s costume and stage design had more colour than Joseph’s ‘dreamcoat’.

Marcus Morelli’s Little Swallow was street-wise and defiant as he skittered around the stage on a skateboard, and not unlike Peter Pan when he soared on wires. Impish in performance, his ultimate pathos was moving. Adam Bull was regal and wise as the Prince and a figure of great compassion when he was left blind and grey at the finale. The bond between him and Swallow was palpable.

Christopher Gordon’s score, which used piano for the Swallow and solo cello for the Prince, was reminiscent of Vaughn Williams in pastoral mode, with touches of Bernstein’s West Side Story for the thugs and dance-band motifs for the Swallow family.

Fabian Astore’s projections and Damien Cooper’s lighting were dazzling, but it was Carpenter’s show. The imagination of his sets and costumes was vivid, poetic and marvelously theatrical. 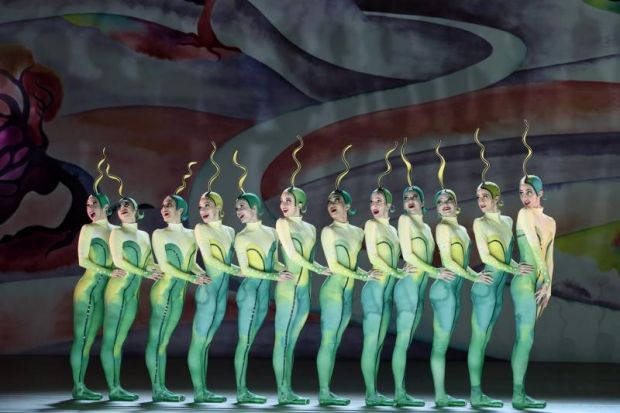