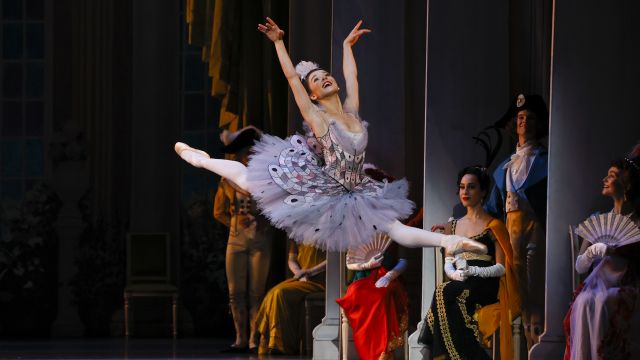 Hot on the heels of the groundbreaking Kunstkamer comes more traditional fare from the Australian Ballet. This is a ballet for the family, with an easy to follow narrative, loads of colour and laughs, and glittering costumes.

Choreographed by Alexi Ratmansky, this piece is everything you want from a narrative ballet. Young Columbine (danced by Benedicte Bemet) is in love with the colourful Harlequin (Brett Chynoweth). However, her father has locked her in the house under the watchful eye of sad clown Pierrot (Callum Linane). Hilarity ensues as the lackluster jailer tries to keep the two lovers apart.  The funniest moment is probably when Pierrot throws a dummy dressed as Harlequin from the balcony, in an obvious nod the Commedia Dell’Arte roots of the story. 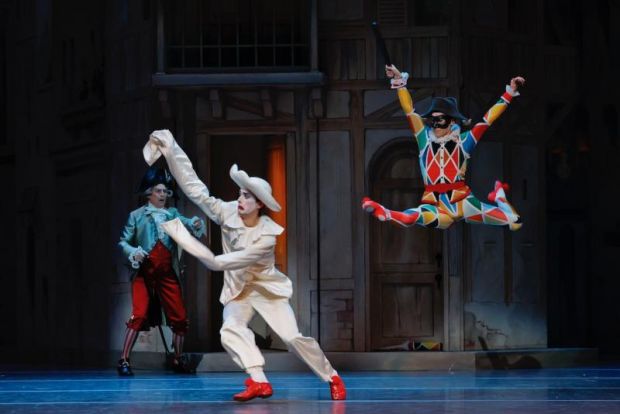 It's hard to not compare Harlequinade with Kunstkamer, which had only a closed a week before and perhaps staging these two works so close together took some shine off the most recent. Harlequinade is beautifully danced and acted by the cast.  Chynoweth did not break character for one moment and his jumps are as effortless as his character is bright. Bemet plays the young ingenue flawlessly and there are really touching moments between her and Chynoweth. Linane has flexed his acting chops in each ballet of this season and is utterly hilarious as the hapless Pierrot. There is colour and movement. The ballet is a fine piece of work – in that it’s fine. Act II features a ball, featuring solos and pas de deux. There are ensemble pieces and the Corp is in time. It’s sad that this piece has to exist in the shadow of Kunstkamer, because it would probably be getting a more effusive response had it been a month further down the track. 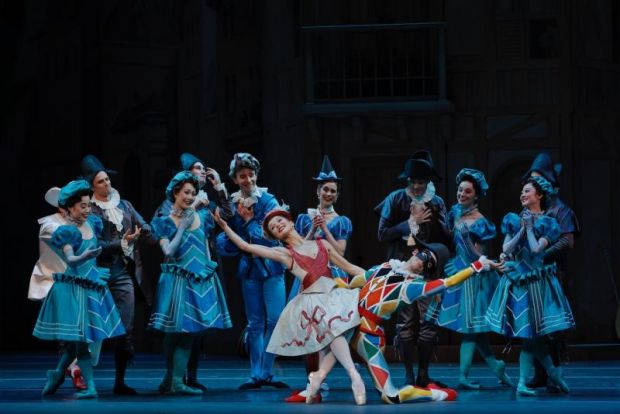 A real highlight were the children dancing. They were sourced from ballet schools all over Victoria and their performances were utterly delightful and skilled for their age. The should be congratulated for taking on such a mammoth task.

All in all, Harlequinade is a very enjoyable and familiar ballet. It’s worth seeing for sure, but temper your expectations – it’s not revolutionary.