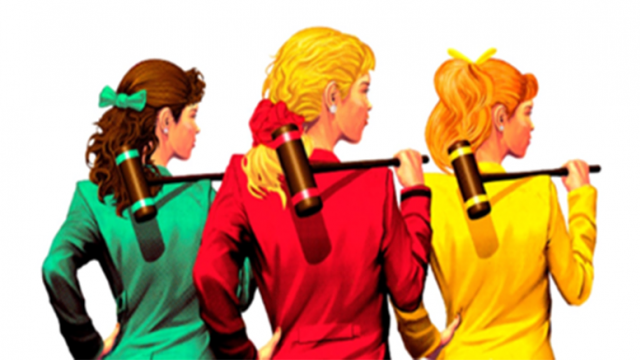 Considering what is currently happening in the USA with another horrific mass shooting at a high school, this production of Heathers: The Musical is perhaps one of the most pertinent and confronting of the entire Adelaide Fringe Festival.

Based on the 1988 ‘cult’ movie Heathers with Winona Ryder and Christian Slater this is a satiric ‘black comedy’. Set in the fictional US Westburgh High School, it deals with a young girl, Veronica Sawyer and her battle with bullying by an elite group of girls, each called ‘Heather’, together with their respective cronies. Veronica’s ally in this war is new boy in town, the enigmatic J.D.

The trouble is, J.D. is a psychopath who manipulates Veronica in the name of love and embarks on a killing spree of fellow students. Because Veronica is an excellent forger the subsequent murders are passed off as youth suicides, with accompanying notes to explain the death of seemingly popular students. This is embraced by the teachers who leap on the situation and encourage their students to speak up about their inner feelings. Eventually, overcome by guilt, remorse and disgust with how the whole thing is developing into an open display of hypocritical sentimentality, Veronica takes action before another horrendous crime is committed.

Ironically, part of the blame for the apparent youth suicides is placed on popular ‘MTV Music Videos’, just as President Trump has blamed such things and more for the current situation in the US.

This is a very difficult show to review. On one level it is thoroughly entertaining, performed by a dedicated and committed cast. On another level it is extremely challenging, particularly in that it deals with students killing students and resonates with contemporary events. One can try and ignore the contemporary resonance, but I simply could not and felt extremely uncomfortable watching this show.

The satiric comic element has been diminished – for me it wasn’t funny but rather appalling. Part of this is due to the challenging satiric point that the ‘Heathers’ are such dreadful bullies that they deserve to be killed. Subsequently, Veronica and particularly J.D. justify their actions as revenge against their perceived enemies. Unfortunately, this is also the reasoning behind Nikolas Cruz, the Florida school killer. In the context of the late 1980s this may have been funny, but now it simply isn’t.

The performance I attended was packed with friends and family of the cast who were understandably enthusiastic supporters, laughing and applauding all the way through the show. It was, however, with some relief that I overheard in a post-show chat by young people that it was a bit ‘inappropriate’.

Nonetheless, the creative ensemble and cast were very engaging, and Camryn Jordans as Veronica was absolutely terrific, capturing the diverse range of emotions inherent in the role and singing beautifully. Monica Horton (Heather Chandler), Ella Heywood-Smith (Martha), and Courtney Sanford (Heather McNamara) were also standout. This was partly due to the poignant ballads that Ms Heywood-Smith and Ms Sanford sang in the second act, respectively ‘Kindergarten Boyfriend’ and ‘Lifeboat’. These added a soulful depth and resonance to the musical that was greatly needed.

Of course Heathers does not advocate the killing of students; it is a satiric social critique of a selfish society that is addicted to power and celebrity. The satire of the piece, however, was diminished in the name of ‘entertainment’, such as in the numbers ‘Shine A-Light’ and ‘My Dead Gay Son’. These are terrific numbers but did not really have a satiric bite in this production. ‘Shine A-Light’ is an ensemble number led by the passive-aggressive hippie teacher Ms Fleming. The point about the number is that Ms Fleming is leading the ensemble in front of a whole lot of cameras. As Veronica afterwards confronts Ms. Fleming this is turning youth suicide into some form of populist ‘entertainment’, for which she is ignored and dismissed by the vain Ms Fleming who will not allow any other interpretation of events than her own. This is part of the satiric point, that something so serious can be reduced into mass ‘celebrity’, and be subject to personal self-aggrandisement in the guise of being sympathetic and helpful.

Unfortunately, in this production the cameras were mentioned but not present, and the number was done as pure ‘entertainment’, thus losing its bite.

Despite my discomfort, which was not really shared by the audience, nonetheless, I applaud the young cast and creative team. Whilst Heathers may be seen as ‘inappropriate’ considering current events, nonetheless, it draws attention to certain issues that are extremely relevant and important and should be discussed, namely students killing students for revenge.

In this day and age Heathers is a far more complex work than mere ‘entertainment’.