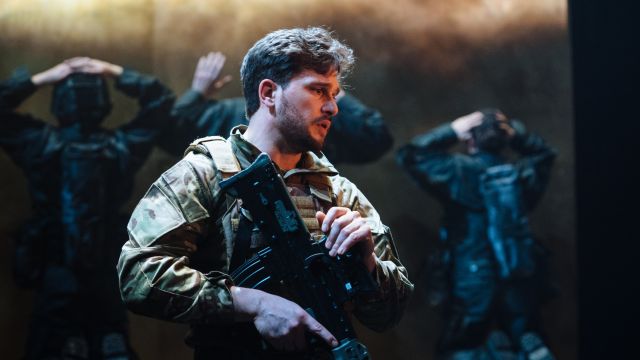 This is an extended version of Shakespeare’s play made famous as a movie by Laurence Olivier in 1944, just after a world war had made everyone on the winning side eager for a lusty celebration of the glories of warfare. Who could forget Olivier’s operatic voice as he laid immortality on the winners: ‘we few, we happy few’? 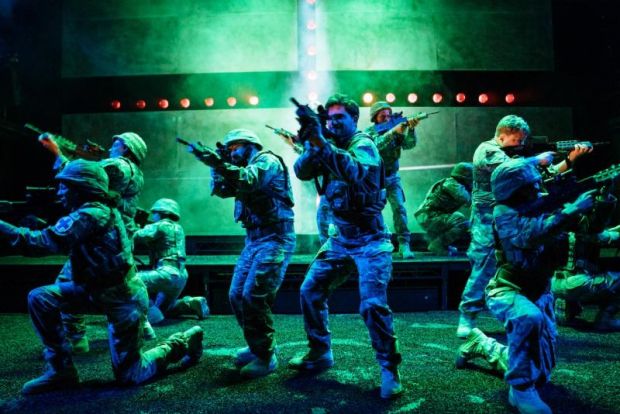 Well, there’s absolutely nothing of Olivier is this brilliant National Theatre filmed production. In fact the young King Henry, as portrayed by Kit Harington, once Jon Snow in Games of Thrones, is unlike any previously seen, thrilling and brooding, bringing his own intelligent version of kingship to further expand upon Shakespeare’s brilliance. 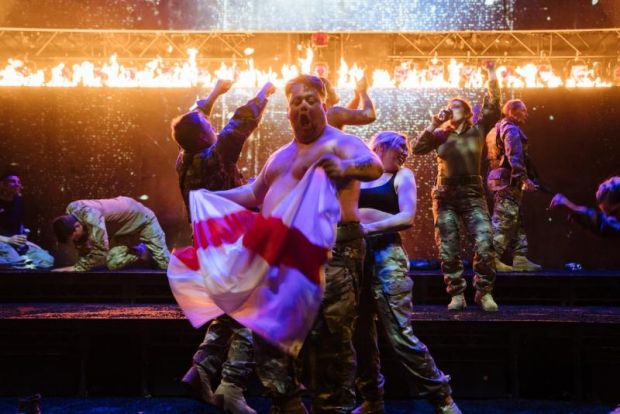 Director Max Webster chews mightily on every aspect of this rich meal. The French characters actually speak French, subtitled for us non-speakers. Four opera singers sing excellent laments over the action. Onto the stately setting of burnished gold panels (by Fly Davis) come plenty of great projections from Andrzej Goulding, all leading us to recognise Henry’s ultimate disregard for the working-class that we assume he always thrives on. 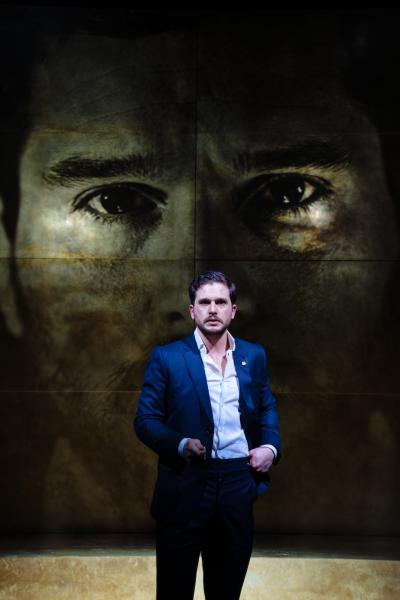 As events proceed, Henry, in Harington’s well thought-through interpretation, casts off the drunken friends we see him with at the beginning. At the conclusion of the first half he watches the brilliantly staged hanging of his old friend Bardolph, who is accused of stealing from a French church. No second thoughts. And he lies about the number of his troops, the ‘happy few’ killed by the French: oh, yeah, ‘five and twenty’.

The rest of the cast are marvellous in their many characters: Millicent Wong is an excellent Chorus, while Steven Meo makes a fine, round Falstaff in a short establishing scene at the beginning and then returns as the Welsh soldier Llewellyn, usually played for light relief, here close of psychotic. 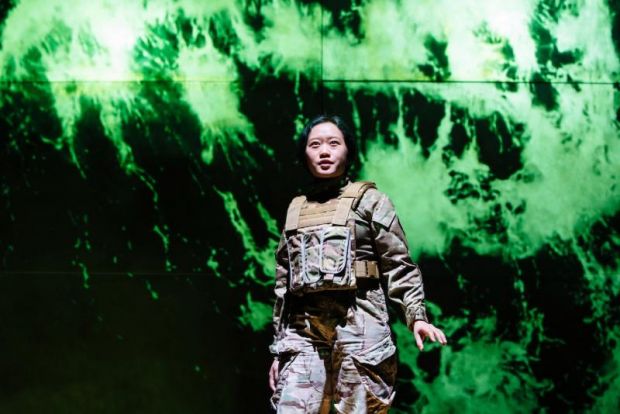 In modern dress, the performances cut through. This is a Henry V for our times.