The Hipster: A Musical for People Who Don’t Like Musicals 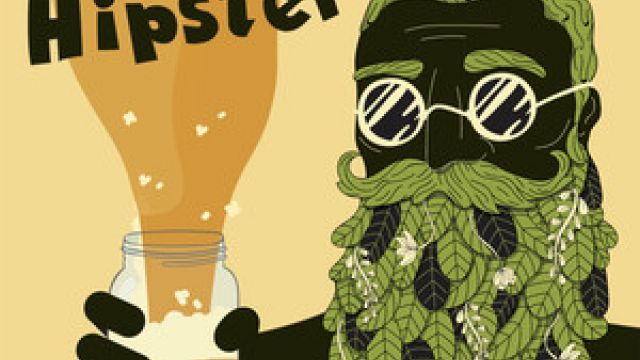 Home-grown theatre with a home-grown setting: it’s a relative rarity in Adelaide, so any gesture in this direction by talented companies is welcome.

Tamara Linke has scripted/composed a breezily lightweight musical-comedy in which the plot may be rambling and fairly arbitrary, but the energy bringing it to life in this production is undeniable, which minimises the impact of the flaws and leaves you feeling grateful for the kind of silly uplift that Australia could do with right about now.

Catherine Campbell directs at a good pace, and Rod Ennis has arranged the music to have power and punch, while never getting too heavy or oppressive.

Linke herself co-stars (as Frankie) in the six-strong ensemble. Jared Frost’s Chester is probably the closest thing to a central protagonist, and this talented performer is engaging and relaxed throughout.

Jennifer Trijo brings technical excellence and true stage presence, as well as subversive wit, to the character of Candy, one that could easily have been a mere clichéd stereotype.

Jesse Budel’s Wolfgang comes close to being a clownish caricature at times, but the actor – and the script - ultimately makes him human. Rachel McCall makes a sensational impact as Cindy Five-Ways, while Anthony Leppa is a hoot as both Shane-O and Seb.

This bunch of characters are all involved in a story that centres around business proprietors in Hindley Street learning to live with (and/or love) each other, but this is not a particularly incisive show on a thematic level, nor is the comedy as sharp or smart as it might have been, though there are smiles to be had and wit to be found.

The material here may be uneven in the quality of its content, but the cast sells it superbly, which makes The Hipster into an ultimately amusing collection of scenes, numbers, and moments that add up to a decent night out.