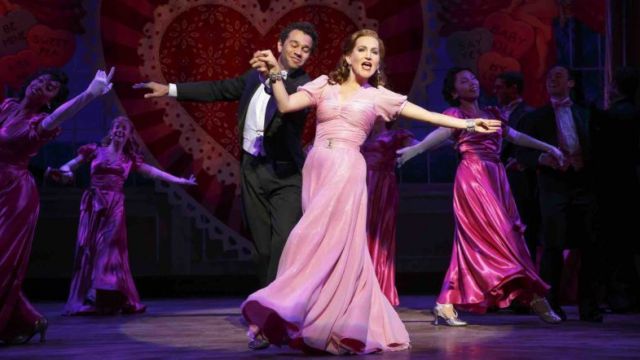 Jerome Kern famously said, “Irving Berlin has no place in American music, he is American music,” and there’s no better example of it than in the score of Holiday Inn. Based on the 1942 movie which starred Bing Crosby and Fred Astaire, this version of the backstage show-business story overcomes the clichéd plot with a score of Berlin favourites that lift it every time.

A former song-and-dance man buys a rundown inn in Connecticut and with a lot of help from his stage buddies fixes it up and puts on a show on every holiday. There’s also a boy-meets-loses-gets girl scenario which is a bit tired but never gets in the way of the next number.

The flimsy plot gave Berlin a chance to write his holiday classics, “Easter Parade”, “Let’s Start The New Year Right” and the perennial (and his only Oscar winner) “White Christmas”.

Bryce Pinkham does a good job of the generic Crosby role, croons the standards well, and dances probably better than Crosby ever did. He does a sweet low-key version of “White Christmas” with co-star Lora Lee Gayer, who brings a feisty layer to the school teacher ingénue. 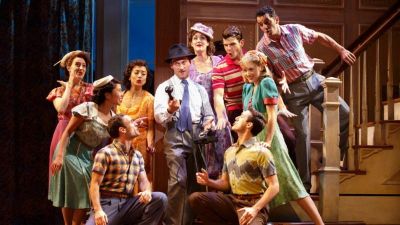 Corbin Bleu in the Astaire role is wonderfully snappy, a brilliant tapper, and charismatic. His routines are probably the highlights of the show - “Heat Wave”, “You’re Easy To Dance With” and “Easter Parade”.

Megan Sikora as Lila vamps her way through “Plenty To be Thankful For” with Bleu, whilst Megan Lawrence, as the wise-cracking Louise, punches every joke to the back-row and holds her own in the hoofing department.

Shot on stage at New York’s Roundabout Theatre, the video has the feel of a live theatre performance and the spectacular dance and tap routines are captured in great close-ups. “Shaking the Blues Away” with its jump-rope routine is a showstopper, as is the lesser known “Song of Freedom”/ “Let’s Say It With Firecrackers” sequence, which draws ecstatic applause.

A second-cousin to 42nd Street, it’s nostalgic family-entertainment that hits the button.