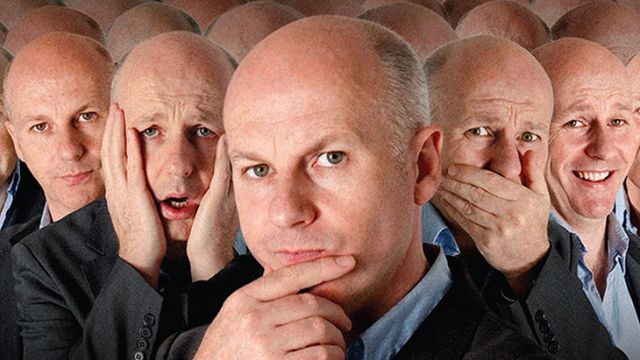 Best known for his sketch comedy work in Comedy Inc and Wednesday Night Fever, Paul McCarthy is now taking to the stage as part of Melbourne Comedy Festival to recount anecdotes from his life and how he solved his ‘identity crisis’ by losing himself in the world of theatre. In a tiny room at the Forum Theatre, and playing to an audience which included his two sisters, Mr McCarthy told probably apocryphal stories about his family, with particular emphasis on his mother and brothers. There was also a strong emphasis on catholicism, which included several “fun facts about the catholic church”.

The humour was for the most part good-natured, not veering too close to the bone, although there were a couple of moments which jarred with this, with those anecdotes seeming out of place. Mr McCarthy also appeared a little nervous, understandable given the claustrophic proximity of the audience in the tiny space, and lost his place at one point, only to recover quickly and professionally. His conversational tone was engaging, if over-reliant on repeated throwaways like “happy times, happy times” which he used too many times to punctuate the ends of his anecdotes.

Mr McCarthy is known for his mimicry and the show included his best-known impressions, including David Koch, Tony Abbott, Julia Gillard, Malcolm Turnbull, Christopher Pyne and a wonderful Gina Rinehart. Many of these were done in response to audience requests – if I’d been faster, I would have loved to have heard what he’d do with Eric Abetz. He also performed a couple of songs – the Howard Jones one (complete with air keyboard) was a misfire, but he captured Boy George so perfectly on Karma Chameleon that I could have sworn he was lip-synching. It’s a pity we only got the first verse and chorus.

Identity Crisisis a fun, engaging show from a genuine and warm performer.