It Runs in the Family by Ray Cooney 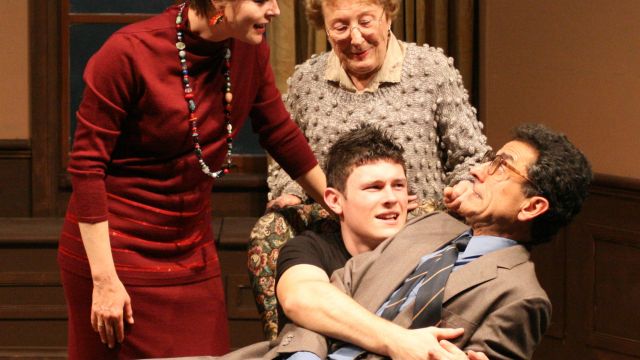 I've just survived perhaps the funniest play I've ever seen: Ray Cooney's It Runs in the Family, staged by Canberra Rep at Theatre 3. This performance was so funny that audience members literally fell out of their seats laughing.

Without wanting to give too much away, the story rests on the efforts of the high-flying Doctor David Mortimore, about to deliver a prestigious speech on which may rest a knighthood, to deal with something that has just now come back to haunt him: something eighteen years old and apparently delinquent. Dr Mortimore's efforts to deal with his primary concern, that his wife (at the hospital to hear his lecture) not meet the evidence of his past, sets off a cascading disaster of conflicting fictions to which he and others must react ever more creatively.

This is farce at its finest. If the season has sold out, lobby Rep to extend it, and bring a party of friends. This is the sort of fun you won't forget in a hurry. You mustn't miss it.