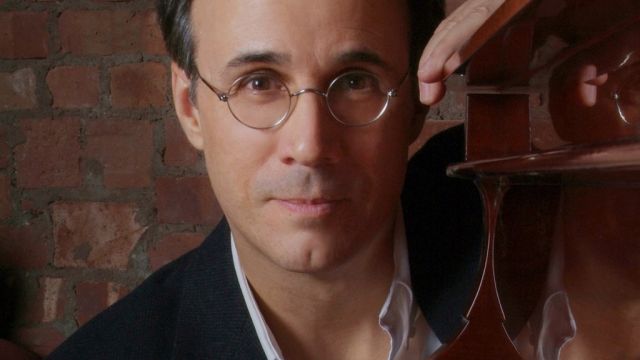 In the Western Suburbs in Adelaide there is an absolute gem of a show – John Bucchino’s American musical revue It’s Only Life. This has been produced and directed by David Gauci, founder of Davine Interventionz Productions.

Mr Gauci has taken a huge risk, artistically and financially in producing this work, which includes bringing out John Bucchino to perform in his own work with some of Adelaide’s best Musical Theatre people.

I have seen a number of David Gauci’s and Davine Interventionz’ productions and they have all been excellent. This includes Adam Guettel’s The Light in the Piazza and Jeanine Tesori’s Violet, and now John Bucchino’s It’s Only Life. These contemporary works from the modern American Musical Theatre all carry a high degree of technical, musical, and acting difficulties and challenges. It is of great credit to Mr Gauci and his ensemble that all these works have been produced and performed with such a high standard of excellence in all areas. It begs the question, as was raised the night I attended this show, why isn’t there a Musical Theatre school here in Adelaide, especially considering the talent and skill that is so apparent here? Why aren’t these South Australian musical theatre artists being cared for and nurtured by government and other bodies?

It’s Only Life is a departure from the previous productions in that it is a musical revue, and as stated in the program ‘it is a show about no one.’ As acknowledged by Mr Gauci this has been a risk for himself personally and professionally as he has never done anything like this before – and it is risk that has paid off as this is truly a terrific production.

As an acting teacher, my mantra is ‘Acting is Detail’; every moment on-stage, and in front of a camera, has the potential to be extraordinary in imaginative and dynamic expression. The young performers in this production of It’s Only Life are marvelous in this precise way – every moment is detailed, the acting, the singing, the physical life, subsequently making them fascinating to watch at all times. This is quite an achievement considering the degree of difficulty of Mr Bucchino’s songs, which are psychologically and musically complex, witty, and extremely poignant in their observations and reflections on contemporary life.

There are two casts for this production – a ‘John’ cast and a ‘Bucchino’ cast. I saw the ‘John’ cast, and they were all terrific. This included Lindsay Prodea, Fahad Farooque, Carly Meakin, Katy Packer and Joshua Angeles. Whilst it is a bit churlish to single out any of these performers, nonetheless, special praise to Joshua Angeles, who at 20 years old sings like an angel, and Katy Packer, who was wonderful in The Light in the Piazza, and who in this show beautifully sings what is perhaps my favourite Bucchino song ‘Sweet Dreams’, as well as ‘I’ve Learned to Let Things Go’.

What also makes this a ‘not to be missed’ production is the presence and involvement of John Bucchino himself. Mr Bucchino is a modern American Musical ‘legend’. His first major success was the award winning musical adaption of A Catered Affair, and his revue It’s Only Life has been successfully performed throughout the world. At the end of each Adelaide show there is an informal ‘Q & A’ with Mr Bucchino, who is generous, informative, enlightening, and funny.

What I also loved about this production and this show is that it is ultimately about hope, which is often a theme in American Musical Theatre. At this time, when the news from the US is full of hate, fear, anger, and fear of ‘collapse’ that seems to resonate with many communities through the world, Mr Bucchino’s humane work offers solace and hope. It is about acceptance of being human, an acceptance that whatever we face, the ups and the downs, ‘It’s Only Life’ and it’s one that we can all face and endure and enjoy.

Thank you David Gauci and Davine Interventionz Production, and thank you John Bucchino.

I very rarely go to see things twice, but this Sunday both casts are performing, so I’m going, as it is such a thrill and joy to see such great work and indulge in the beautiful world of John Bucchino.