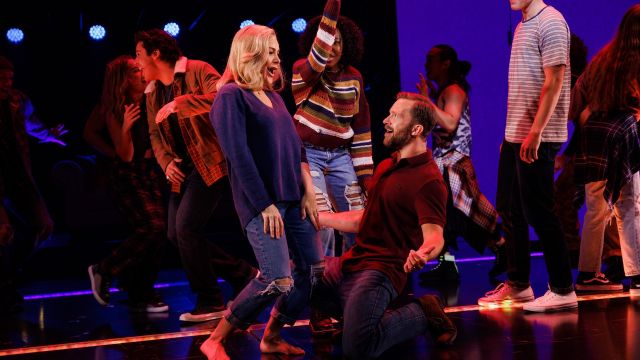 It was a rolled gold night in the theatre. Just like driving a new car, the audience loved the experience of strolling into a refreshed venue – circling into the foyer around the sparkling Charles O. Perry sculpture, down the stairs, past the sparkling fresh gold paint into the plush new seats.

To celebrate the saving of a Sydney Theatre from the sledgehammer, the cast rose to the occasion delivering one powerhouse performance after another.

It was typified by a volcanic rendition of Alanis Morrissette’s most popular song “You Oughta Know” by Maggie McKenna.  When McKenna (Jo) saw the production in New York, the audience gave the song a standing ovation. McKenna told me that Australian audiences don’t do that during a performance - but on opening night such was the guttural strength of McKenna’s rendition, that most in the Theatre Royal sprang to their feet.

It highlighted what is right with the musical and what was sometimes overwrought. McKenna’s character was not the lead role. Jo is romantically involved with a member of the central family for a short period of the musical.

So why was the best song in the show, the “Music of the Night” Phantom of the Opera moment, not sung by one of the central characters? Well, it would not have suited the story, and this exposes the compromises that are made when you fit an album like Jagged Little Pill into a musical.

Alanis Morissette wrote the music when she was 19 and it is filled with angst, which is good fodder for drama.  She stipulated that the story have nothing to do with her life.

During the first scene MJ (Natalie Bassingthwaighte) is sending a Christmas letter to her friends describing her perfect life in a wealthy family – flush with success. The cracks in the façade are as wide as the Grand Canyon. There is a shopping list of contemporary challenges afflicting the family – which on one hand is refreshing for theatre goers tired of saccharine museum piece musicals - but is hard to digest at times when there are so many different dishes on the table.

The title of the musical Jagged Little Pill refers to MJ’s addiction to prescription drugs, which she gets hooked on during a recovery from a car accident. But there are other dark secrets which MJ must confront. Bassingthwaighte’s performance in this role and jaw dropping choreography from Sidi Larbi Cherkaoui, when the story reaches a climax, were stunning. 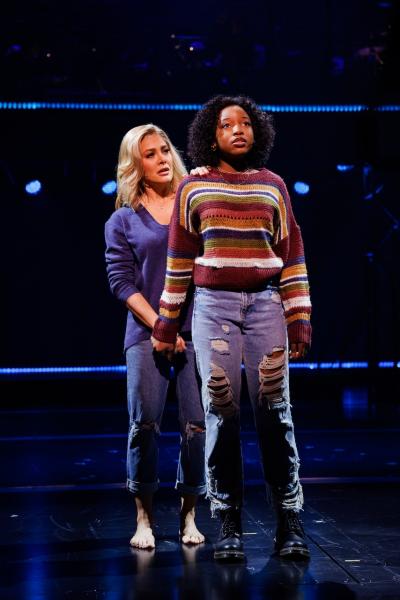 Another stand out was Emily Nkomo whose character of (Frankie Healy) scored many of Morissette’s most charismatic songs including “Hand in my pocket”, “Ironic” and “Unprodigal Daughter”.

Fans of the music will be well satisfied with the cast and band under the baton of Peter Rutherford, which powered a second act that was engaging and moving.