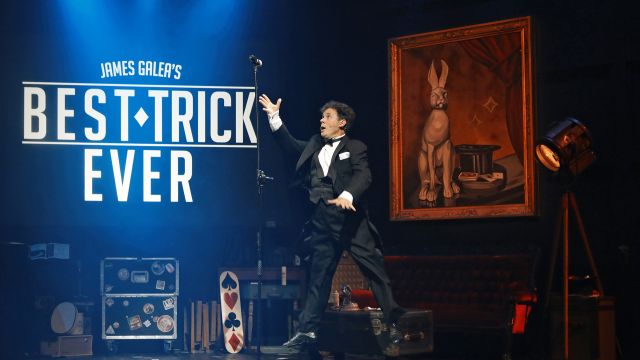 Opening night of the 2021 Sydney Festival and it doesn't feel very festive. Circular Quay is virtually deserted. The giant passenger terminal is all locked up. Ferries run near-empty services. The Opera House is in lockdown, with masks for everyone and all entrances tightly patrolled.

Never mind: we're going to a magic show, James Galea's Best Trick Ever, and nothing is going to spoil our evening. There's no printed program but that's not a problem: James has gathered four fellow magic practitioners and, in a fast-paced show directed by Wayne Harrison, he's set to bring his best magic trick ever to a ready audience. 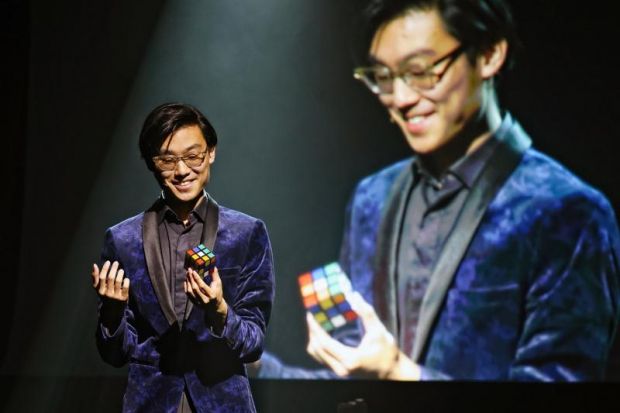 James is seated at a grand piano, dashing off tricks, and welcoming his four magic friends to his living room. There's Raymond Crowe, 'unusualist', a round googly man who can grow alarmingly inside conjoined hoops, and Dom Chambers, who produces eight full glasses of beer from a brown paper bag that doesn't appear to be able to hold one.

Then there's a lady escapologist, Helen Coghlan, who tells us that she's had three appearances on Penn and Teller's television show and fooled them every time. She builds a metal cage from scratch, pops inside and, once shielded from public view, hey presto, in one bound she's free. Hmmm. 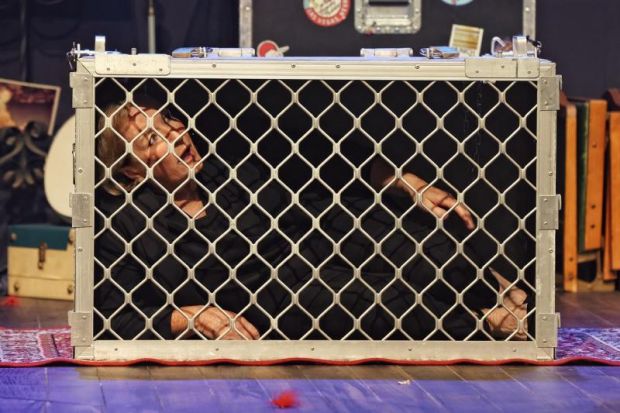 To complete the team, there's Vincent Kuo. A pleasant young man, he presents Rubic's Cube magic with the aid of a camera and screen: it seems very speedy and clever until, towards the end of his act, his Cube seems to fracture and collapse in a heap.

In between guests, James has been doing plenty of slick tricks with a pack of cards, some of them baffling, but none that could be labelled Best Trick Ever. Never mind, it's just a title. 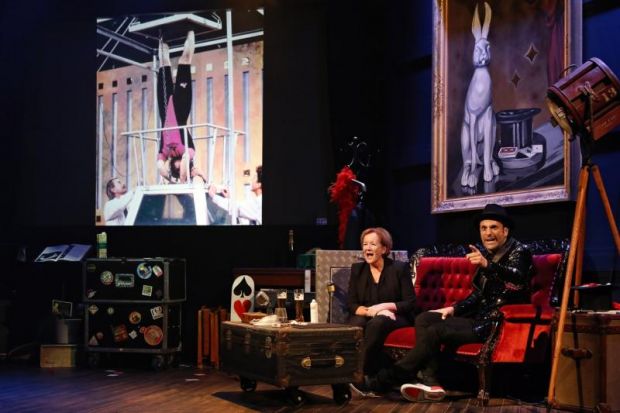 In the final segment of the show, James brings his four guests back to say farewell. Helen does a great trick with an unstrung tennis racket that goes into a container and, pow, comes out completely strung. And Raymond does a brilliant hand-puppet rendition of Louie Armstrong's 'Wonderful World'. This gets the best applause of the night and there's no trickery involved.