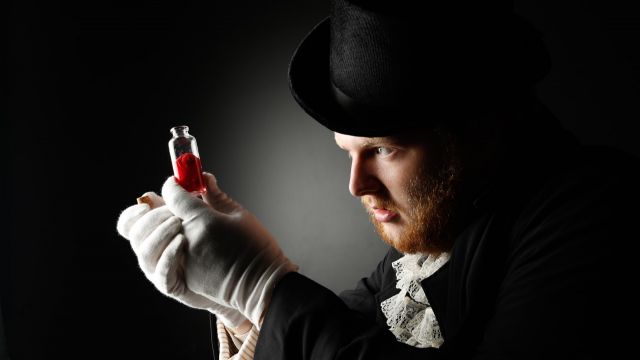 Laughing Horse Productions’ Jekyll and Hyde opened on Friday 13th, which seemed a perfect date for the opening of this very dark musical. Unfortunately, was the day that the Prime Minister announced the recommendation that large events be cancelled following the weekend - setting off a rash of cancelled shows, uncertainty and fear within the theatre community. Ironically this dark show became a beacon of light and hope - and Laughing Horse and Don Russell Performing Arts Centre are excellent examples of how to minimise risk of Covid 19, with notices, lots of hand sanitiser and cleaning of surfaces.

Great work on the show itself too. Simply set on two levels, as designed by Karen, Zoe and Russel Jay, the director, Zoe Jay's lighting design enhances the eerie atmosphere of the show. The era is set with costumes by Alyscha Hasch - with one of the most difficult time periods to dress. 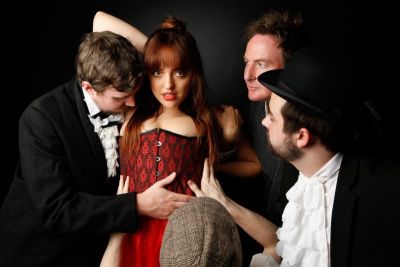 Liam House leads quite a large ensemble of 16, who tackle Frank Wildhorn’s score very well. Vocals are well coached by Jodie Mars, with quite a few performers really shining vocally.

The title roles are played by Alex White, yet again delivering his best performance to date - with strong vocals and distinct characterisation. There is no costume differentiation between the two egos of Jekyll and Hyde - it is all done physically and vocally, and done well.

The two leading ladies are very different and both played very well. Sweet Emma Carew, well-bred fiancé of Dr Jekyll, is portrayed by Isabella Bourgalt, in a very sweetly sung, nicely layered performance (although I think dressing her in red for her first appearance is a mistake). Brittany Isaia is strong and impresses as Lucy Harris, a young lady from the wrong side of the tracks, in a bold, beautiful performance. 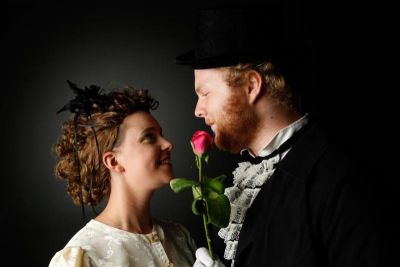 An ensemble of 13 work well throughout, fleshing out scenes, broadening vocals and bringing the wider word into the story.

If Jekyll and Hyde is able to continue after this weekend, this would, under normal circumstances, be a very successful run. Well done to a production that deserves success. If you are well, and able to support them, this production is well worth seeing - and the first production of Jekyll and Hyde in Perth should not be missed.