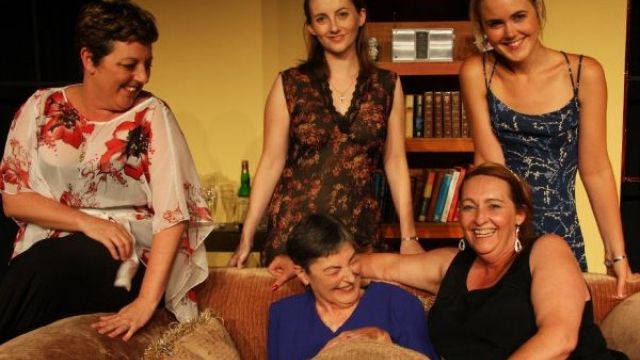 This Western Australian play was one of a surge of locally written plays of late, and at over twenty years of age it is the grandmother of the bunch. Now presented as somewhat of a ‘period piece’, its issues of sisterhood, and mother and daughter relationships, remain pertinent for a new generation.
Set in the home of matriarch Emma, and her sister Nelly (which for me screamed South Perth or Como), the stage was beautifully dressed, while costumes nicely revealed both character and era.
Judith Laudehr captured beautifully both the frail Emma of Act One and her rejuvenated sexy senior persona of later in the play. She was nicely matched to both her ‘daughters’, upright Sylvia (Judy St Clair) and irreverent Pat - a disarmingly natural Sharon Edsall.
Sylvia’s daughters, played by Sarah Cosstick and relative newcomer Elizabeth Helen Hartley Connor, also were believable sisters, although some of the blocking or execution of movement was unhelpful to their performances.
This funny but poignant piece was a lovely choice by director Sue Hayward, for a company keen to move into something different, but whose audiences remain keen on British comedy. This was a lovely bridging piece with broad appeal and was nicely executed.
Kimberley Shaw