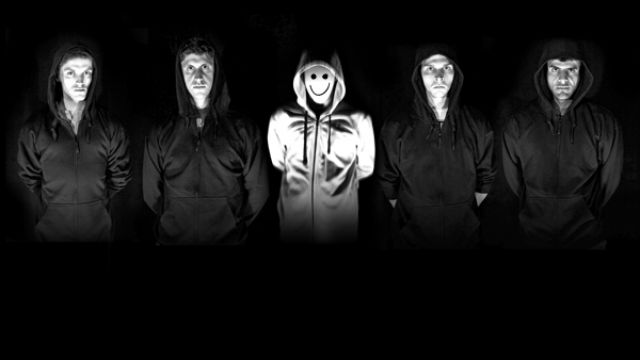 K.I.J.E is a play about the futility of war and the sick absurdity that is often borne of it. In an atmosphere that hangs on a hairpin trigger even the most simplest of jokes can turn violent, even deadly. Standing for the names of the main characters (Konrad, Irving, Jono and Ed) K.I.J.E. is a fictitious character made up by the gang of four to get out of trouble from their commanding officer after some hi-jinx sparked by boredom went awry.

As the young troops have to "hunt” for the non-existent K.I.J.E. things become unstuck. Blame, finger-pointing, hunger, thirst, aimlessly wandering around a desert war-zone knowing that what you are looking for doesn’t exist, all combine to create a powder-keg atmosphere which ignites in a single and horrific event.

Well done to the production team - lighting, set and sound designers. This was the most environmental piece of theatre that I have experienced in quite sometime and when I say environmental I‘m not talking carbon tax folks. As an audience member the fourth wall in this production does not exist. Toxic paint-fumes, the grit and stink of smoke and dust in the air create an effective sense of place. It’s not a stretch to feel like you are in the middle of some blown out structures in Afghanistan’s very dangerous southern Oruzgan province.

Director Sarah Giles has a good handle on the story and what she wants to deliver. The direction was complex in its simplicity and avoids what could have been repetitive and monotonous blocking. The gritty desolate emptiness of war against the sweetness and innocence of the music from the 50s and 60s created another dimension and gave the characters a past and present, but also a very important glimmer of hope for their future - what life will be like once they escape the hell-hole that they currently trapped in.

The play was well cast and the fresh faced actors really make one realise that those in the position of real combat are young, too young in fact, if that can be said about anyone in that situation. It's hard to name a standout in the cast because they were all as strong as each other and a joy to watch. Although I must say Michele Durman’s Girl was captivating as she faced an actor’s greatest challenge of performing a character with little verbal communication. I would have liked to have seen one of the guys smoking - not because I am in favour of it - but because in those situations people still do smoke and the scent of smoke combined with everything else would have just added something extra.

This production broke my dry spell of not getting emotional while watching a play. The sexual assault scene was truly terrifying in its sick seductive drawn out manner. It’s what you didn’t see that made it even worse because you never know the true fate of the girl who was one of “them”.

But I have to say, even though I hate to sound like the Super Nanny, producers please if you are going to use a strobe light in any production you must warn the audience at the start of the show because certain medical conditions mean some people cannot tolerate it. No warning is really quite rude and reckless.