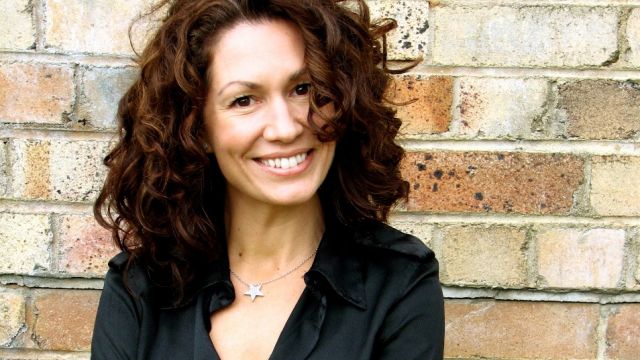 What a gem, an absolute hoot, a woman with big hair who’s witty - That’s Kitty.

Normally I find I’m not a fan of the stand-up fem comedienne. I generally find that I just don’t find them as funny as men. Why? I don’t know. It’s not a sexist thing it’s just about what makes me laugh and what doesn’t.

Kitty Flanagan, however, has changed all that - she’s turned the tables for me and shifted my thinking. I’ve now become a ‘raving fan’ - I’ve touted, posted and twittered about how good Kitty is.

Opening with her sister Penny Flanagan on guitar singing a Dixie Chicks song, Kitty walks onstage welcomed by rousing applause. A familiar face on the comedy scene, Flanagan is known by audiences for her appearances in Australia on the 7PM Project, Full Frontal and Good News Week. Kitty Flanagan’s ‘Charming & Alarming’ show, which debuted last year and is back with a vengeance is absolutely worth the ticket price! She is laugh-out-loud funny, not just chuckle-worthy but really throw-your-head-back and clap funny.

Flanagan has the great knack of taking us on a raucous ride through the behaviour of people in society, class, countries, retirement and Catholicism. She has a go and a stab at ‘yummy-mummies’, ‘white-trash’ and teens whose language consists of ‘basically’, ‘literally’ and ‘Dya-know-what-I-mean’. We’ve all seen it and heard it, but Kitty can do it. She ‘literally’ mimics these stereotypes to a T. She is also a gun at actions and physicality, ever engaging us with her hysterical ‘impressions’ of people. She can take on the physicality and vocal variety of men in jail, toffs on the golf course, preggers teen mums, drunken women falling over themselves after a long night out, ‘Aussies’ and more. I experienced umpteen ‘That’s so true!’ moments in relation to her authenticity of characters and ‘take-offs’.

Flanagan is also so casual and unassuming, appearing in simple black trousers, and collared black top - no flouncy outfit or props, just herself and us, the audience. I loved the simplicity. She has this incredible knack of building a relationship with us, that we feel we know her personally. It’s as if we’re in a bar with her and she’s just got up to relive some moments that she’d observed on her travels, that she thought were hilarious and worth retelling.

Kitty Flanagan is an absolute riot! She goes off … the packed Playhouse roared … it was unanimous - Flanagan = Funny! Definitely get along to this show if you want a good laugh!