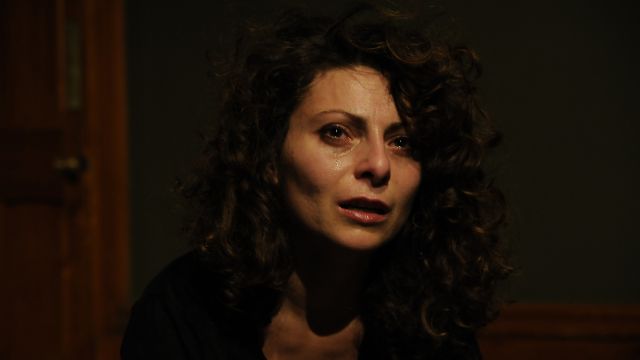 La Medea and Lo Stupro were both written in the 1970s by Franca Rame, an Italian political activist, artist and performer whose focus was gender politics and feminism. La Medea is her modern interpretation of the Euripidean drama, while Lo Stupro (The Rape) is an account of the real-life abduction and rape to which Rame was subjected in 1973. There is therefore the brutal ring of truth in her harrowing words, brought to life with great commitment and theatrical skill by the very talented Margherita Peluso, a Milanese performer who has worked and studied in Europe and Los Angeles and has been in Australia since 2012.

Played out on a bare stage and supported only by appropriate lighting and sound effects, Ms Peluso’s performance in Lo Stupro gives us a first hand insight into what it is like for a woman to be intimately violated, sparing no details in the process. It is a highly uncomfortable, confronting piece, but at the same time, an educative and empathetic experience. One can only imagine what it would have been like to see Rame perform this herself – just for the writing of it, she deserves an award for courage.

La Medea, which follows, presents a contrasting style. Clearly allegorical, it relies on a higher-pitched, more melodramatic performance, and this time Ms Peluso is playing several different characters in the drama of Medea, who, having been thrown aside by her husband for a younger woman now believes she can only take justice by killing her own children. Again Ms Peluso delivered a performance of absolute conviction, seamlessly switching from one persona to another and expertly encapsulating the emotional intensity of the situation. Both pieces are quite short, with the total show clocking in at around an hour, but it’s time extremely well spent – with a terrific performer and a text that’s full of passion, heartbreak and much to make you think.