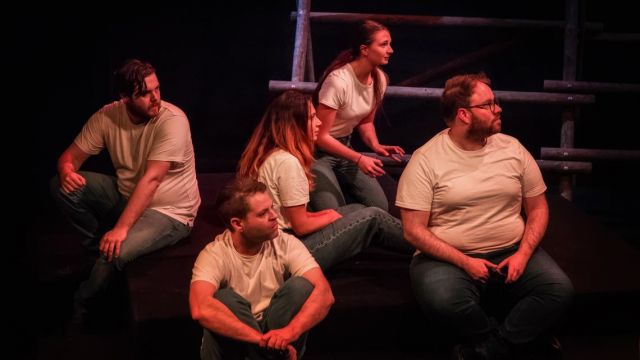 The Laramie Project is a 2000 play by Moisés Kaufman and members of the Tectonic Theatre Project  about the reaction to the 1998 murder of gay University of Wyoming student Matthew Shepard in Laramie Wyoming. Developed by members of that company, it has become a modern classic and is an example of verbatim theatre, based on the news reports, journals, diaries and interviews conducted, lovingly and powerfully documented to create this powerful, three act play. It tells the story of a senseless hate crime, often in chilling detail and through the eyes of sixty characters, presented by a ten-person Red Phoenix Theatre ensemble who must be lauded for setting the bar very high for slick, seamless and brilliantly timed ensemble performance. Tightly directed by Brant Eustice, assisted by Tracey Walker, each short scene or interaction segues and flows, harnessing the uniqueness of each of these vastly talented performers. 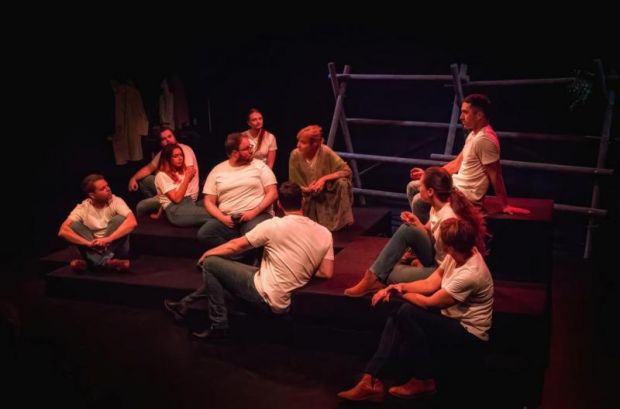 It is difficult to single out performers because each actor grabs the ability to make a very personal impact, but vignettes are memorable. Sharon Malujlo is salty and witty using great character humour as Marj, an elderly woman who ‘tells life as she sees it’. Nadia Talotta commands the stage with intensity and believability, whilst Anita Zamberlan Canala brings her years of honed theatre experience to creating nine totally unique and differently performed characters. Jasmine Leech’s performance shows skill and versatility, each of her characters being finely drawn. Cheryl Douglas is mesmerising, particularly with her single handed two person conversation and work as the male preacher. 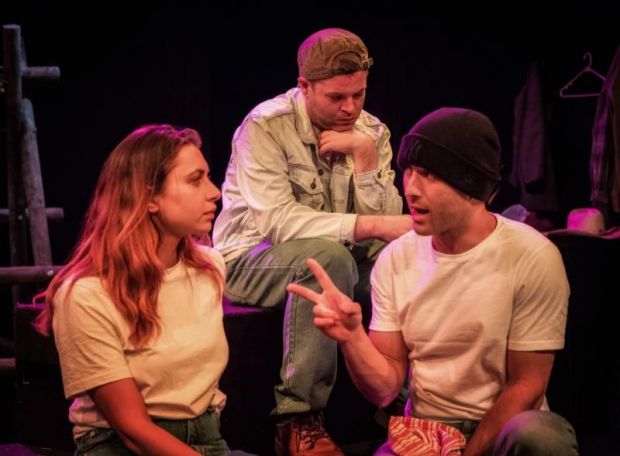 Accents are consistent, vocal work is powerful, and the interactions between players, who become different people, is kind, supportive, and deeply attentive at all times. The play is long, on Opening Night running three hours including two 15 minute intervals. Samuel Creighton does excellent work, using multiple accents, pace and tone as befits his cornucopia of characters. Nick Kennet’s portrayal of seven characters is particularly diverse and finely drawn. His facial expressions evoke great poignancy. Matt Houston is a physically imposing actor who turns his talent to creating a multitude of both gentle and harsh, unforgiving characters. Tom Tassone brought great sonorous gravitas to the trial judge role and Chris Gun’s energy and animation gives life and energy to seven totally different Laramie identities.

Performed in a black box space at Holden Street, the players never leave the space. Costume changes are a simple garment or accessory, often silently passed by a supportive acting colleague. The silence of these interactions is deafening and brings meaning of its own. Cleverly, the set design by Kate Prescott is created using simple drama blocks, and a few well-placed black chairs. But behind these shifting and changing mini sets is the never moving, imposing spectre of the fence where Shepard was tortured and died.  Once again, theatre icon Richard Parkhill lights this show to perfection, literally allowing each actor to shine.

This is a piece of meaningful theatre that confronts audiences and reminds us that addressing and revisiting issues affecting the diversity of our communities is a must for our future, our conscience and our quest to create a better, caring and responsible world.